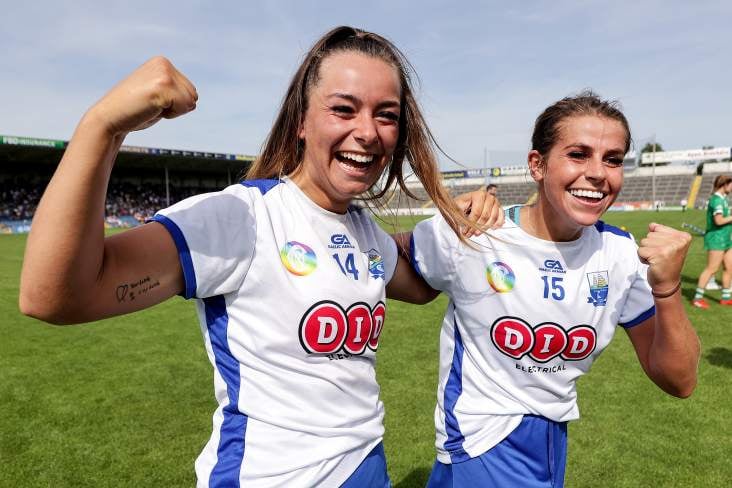 Niamh Rockett was contemplating history after Waterford had finally gotten over a Glen Dimplex All-Ireland senior camogie quarter-final, her two goals and a stellar first-half display by Derek Lyons’ team propelling them to a 3-16 to 1-12 victory over Limerick and a semi-final meeting with Cork at Croke Park next Saturday.

But Rockett was also thinking of more important matters that contextualised sporting achievement, even one as notable as a first semi-final for Waterford since 1959 after four consecutive failed attempts.

Foremost in the minds of everyone in the Waterford camp was former All-Ireland U16 winner Shauna McGrath from the Abbeyside club, who died in a road accident during the week on her way home from working on a night shift as a midwife in the University Hospital, at the age of 22. Rockett also had a family bereavement earlier this year that she wanted to honour.

The Déise led by a point when Rockett gathered a sweet delivery from the magnificent Beth Carton in the fourth minute and ignored all her coaches’ advice by going high instead of low. The net shook.

She did the same in the 42nd minute, this time after a delivery from the beautifully balanced midfield dynamo and official player of the match, Lorraine Bray.

Rebecca Delee was heroic in her resistance for Limerick, finishing with 1-2 from play. The goal was stunning, when after good work by Michelle Curtin, she picked up a break around 20m out and running towards the 13 at an angle, sent a bullet to the far corner that Brianna O’Regan didn’t even move for.

That left four between them but Waterford found another gear and Carton, from another Bray pass, rounded the last defender and drilled low in the 24th minute. It was 2-15 to 1-6 at half-time and Waterford had eight different scorers.

Limerick were reduced to 14 just before the break and Sophie O’Callaghan can have no arguments about the decision. But John Lillis’s charges knuckled down after the resumption and with Waterford not operating at the same level of cohesion or intensity, and Caoimhe Costelloe putting on an exhibition of long-range striking on her way to tallying nine points, they had plenty to be proud about, though finishing with 13 as Muireann Creamer received a second yellow card late on.

“It was tough conditions with the heat and even trying to prepare for it but summer hurling, that’s what you want, to be in the knockout stages so we’re all just thrilled with the victory and thrilled to get to that semi-final stage, finally pushing over the line,” said a beaming Rockett.

“We lulled a bit in the second half – we’ll have to do a bit more running next week. We were really up for it in the first, we wanted to grab the bull by the horns with it being our fifth quarter-final in a row.

“The girls wanted to do it for each other but especially for Shauna McGrath and what happened during the week. It puts things into perspective. My uncle (Andrew) passed away during the year as well, so for all my family… he would have loved to have been here today to see us. He was always at my matches. He’s definitely looking down with a smile on his face.

“The same with Shauna. Lot of the girls knew her. It was very upsetting during the week but it just puts everything into perspective and that was a win for her, dedicated to her.

“I was getting grief off one of the managers; we were practising goals all week and I was missing every single one of ‘em, the girls will vouch for me. I hit ‘em all wide. This time, I don’t know what happened. He said to hit the ground and I didn’t one of ‘em off the ground so I’m sure I’ll get nailed for that at some stage! I’ll get given out to even though they went in the goal! What’s seldom is wonderful as they say, I haven’t got a goal in a while.

“We lost our shape a little bit in the second half. Maybe a little bit of nerves when it’s in the palm of your hand and you don’t want to leave it slip away from you. But everyone gave it their all and we’re so proud of each other, all the team and everyone involved, county board and everything.

“I want to retire when we win the senior – that’ll be the junior, intermediate and senior and that’s it, that’s me done! I’ve never played senior level in Croke Park so we’re after making history in the Waterford jersey. We’re leaving it in a better place for whoever’s coming through. You see all the young girls here, it’s great, and the county board have done so much pushing the sport forward so it's great to see and hopefully it’ll inspire the next group to drive it on and it’ll become a regular thing for Waterford.

“We’ll be going into the semi-final as underdogs, that’s the way it is. You’re playing against a top three team but we’ll just throw the shackles off and give it everything.”