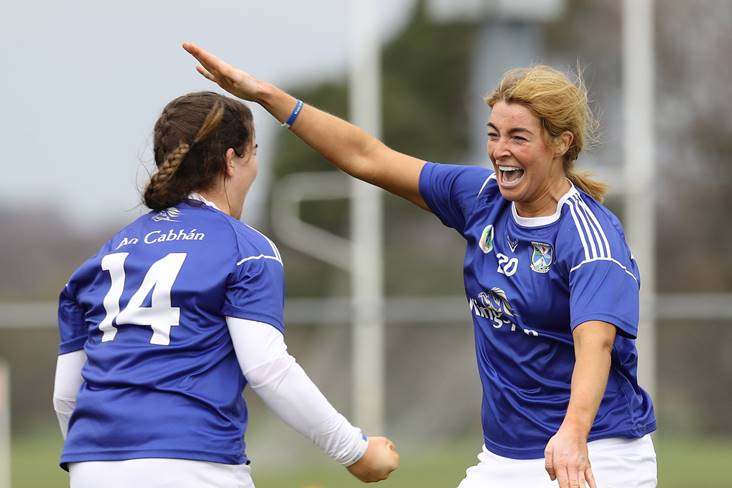 By Kieran Galvin at Coralstown/Kinnegad

Asked about her late winning goal, her second of the game and Cavan’s only second-half score, Fitzsimons couldn’t recall much about how it came about. The talented attacker was simply delighted that her shot hit the net and that it was enough to clinch the title.

“I don’t really remember much about the goal. In that second half they (Wexford) were charging at us. At half-time, we knew they were going to come at us. When that ball came in, I just went for it and if went over the bar, maybe the game would have ended in a draw, which we would have taken, but lucky enough, it went under the bar,” said Fitzsimons.

"The other players send the ball into me and I just hit it and hope for the best,” she added modestly, when her recent goalscoring streak was mentioned.

Fitzsimons was full of praise for the way her defensive colleagues kept Wexford at bay in the second half.

“They were like steam trains coming at us. We didn't get our scores in the second half, but we knew they were going to put a serious amount of pressure on us. But we kept our patience and our heads and, lucky enough, we got there in the end.”

She also said the team gleaned extra motivation from what they felt was some observers being dismissive of Cavan’s chances in advance of the final.

"Nobody gave us any hope; nobody was talking about Cavan. We just play our games as they come. We know that next year there will be serious battles in Division 2. We were expecting a serious battle today, that’s what it was, and that’s what we want,” added the Denn player.

Wind-assisted Cavan led 1-5 to 0-3 at the interval, but they probably expected an onslaught from Wexford in the second period and the Slaneysiders delivered to draw level with a couple of minutes left, but Fitzimsons’s second major snatched it for the Breffniwomen.