Wexford still have work to do, says Tattan 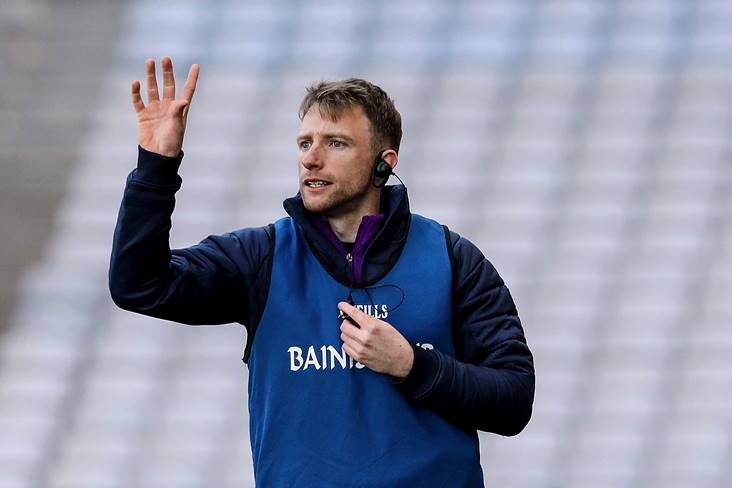 The value of turning periods of ascendency into scores on the board was the big lesson to Wexford and Armagh in Saturday evening’s Littlewoods Ireland Camogie League Division Two final at Croke Park, where Antrim were arguably the more impressive side for three quarters of the game, but Wexford’s blistering start ensured that it will be the Model County who will play their camogie against the top counties in the Spring of 2023.

Just 17 seconds had expired when the sliothar rolled across the Antrim goal line, courtesy of a close range flick from Aoife Guiney, and before the game was 15 minutes old, further green flags had been added by Ciara O’Connor and Leah Walsh, leaving Wexford nine points to the good.

Despite losing corner back Chloe Drain to a second yellow card shortly after that catastrophic start, Antrim still outscored their opponents over the last 45 minutes. In the eyes of Wexford manager Kevin Tattan, that was a reflection of the conservative manner in which his players approached the contest.

“Antrim aren’t a bad team and they worked extremely hard” he said afterwards.

“But there was definitely an element that we played it a little safer. There were times when we could have transitioned the ball a little bit better and we just cleared it when that extra pass that we could have made could have given us an extra attacking platform”.

“Too often we took the safe option, standing two yards off and defending the score rather than just attacking the ball ourselves, so there’s loads of areas that we can work on”.

In contrast, Elaine Dowds of Antrim was incredibly pleased with her team’s performance, even though she conceded that failing to secure promotion to the top tier was a huge blow to her group.

“We were desperate to get out of Division Two” she said.

“Our league games did not really challenge us this year, then we got hit with Cork last week and it was the first really challenging game and we were lucky to come through that game. The preparation for the semi-final and final just wasn’t really good enough for us” was how she assessed a campaign that featured a 24-point win over Laois, and a massive 10-goal hail against Kerry.

“Our resilience has always been something I’ve been very proud of” she continued.

“I’m happy enough with 45 minutes of our game, but we need to look at that first 15 minutes, that absolutely killed us. We kept going, kept working at it and heads never dropped. Even with the sending off, we were just always up against it, but take that spell out of it and I’d be very happy with how we played for the rest of the game”.

Wexford briefly moved 11 points clear at the start of the second half, but some magnificent points from Áine Magill, Siobhán McKillop, Caoimhe Wright and Róisín McCormack ensured that Antrim were the side with more momentum at the final whistle. Both sides will now begin their preparations for the Glen Dimplex senior championship, where Antrim have been drawn in Group Two alongside All-Ireland champions Galway and near neighbours Down, while Wexford are in a Munster-heavy group alongside Tipperary, Clare, Waterford and Cork.

Tattan and his Wexford players stayed on after the game to watch Cork’s performance in the Division One decider, where he felt the speed of the play was what set the top teams apart from the chasing pack.

“Everything happens quicker (in Division One).

“In the brain, in the hurling, in the touches, we understand that from playing senior championship over the last three years.

“We know what that level is and when you’re playing it on a more frequent basis you’re able to adapt to it better. Over the last two years we’ve been playing challenge matches against those teams but obviously it’s not the same. That’s why promotion was so important” he concluded.