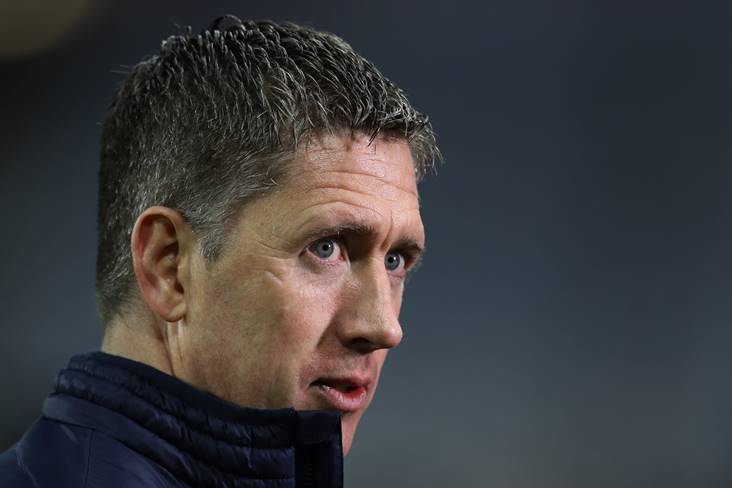 Not for the first time in this year’s Littlewoods Ireland National Camogie League Division One campaign, Galway proved that they have the resilience and character to salvage a result from a difficult situation on Saturday night, when they came from six points down to beat Cork by four points in the Division One final at Croke Park.

1-4 off the bench from Carrie Dolan proved to be a crucial contribution that completely transformed the contest and it’s a measure of how difficult Galway are to beat right now that even as Dolan was making a mockery of the decision to drop her from the starting 15, the Tribeswomen were marching towards yet another national trophy.

“We try and pick the team on form, the starting team was who we felt the form players were at the time” said manager Cathal Murray.

“Carrie was exceptional. She really shoved it up to us and that's what we wanted her to do, to be honest with you”.

Dolan’s 1-4, a well-taken goal from Catherine Finnerty and a late insurance point from Sabina Rabbitte meant that Galway’s bench contributed 2-5 in the second half. Meanwhile Cork’s team as a whole added just three points from the 31st minute onwards – a single point from their impressive wing-back Saoirse McCarthy, and two stoppage time frees from Katrina Mackey.

Matthew Twomey admitted that “we had no answer to them, which is unfortunate”.

“It was similar last year in the All-Ireland final, we went a goal up and they came back at us. Our pace dropped a bit and they excelled, and they got two vital goals”.

Twomey, who hopes to welcome Hannah Looney and Orla Cronin back to the Cork panel in the next two to three weeks, said that this year’s league was hugely beneficial to his group, even if he was disappointed that Cork have lost out in yet another tight game against Galway, their fifth competitive defeat to the westerners in succession.

“Ten players made their debut in the league, seven played in Croke Park for the first time in that game” he said.

“This was bonus territory and we put ourselves in a great position at the start of the second half. It’s disappointing that we didn’t kick on, but we’re learning all the time. We’re learning about the players and even about ourselves, we have to look at ourselves as well from a tactical point of view too” he added, referring to the performance of his own management team.

There were certainly plenty of positives for the Rebels. Aishling Thompson, Saoirse McCarthy and Laura Hayes were excellent in the first half, chipping in with six points between them before half time while dominating midfield and half-back.

Laura Treacy covered the heart of the defence very well, while Fiona Keating made light of a hand injury to score two excellent points.

Yet it was a different story after half-time. Amy O’Connor rattled the net with the first score after the restart to make it 1-10 to 0-7, but Galway quickly set about chipping away at the lead, and goals from Finnerty and Dolan after 44 and 50 minutes gave them a lead they wouldn’t relinquish.

“We’ve been in sticky situations at different times over the last couple of years; down in Callan last year, the All-Ireland final against Cork last year and today again, and against Tipperary a few weeks ago in Ballinasloe” said Murray.

“We were really lucky to come out of that, but that’s a good sign of a team.

“But we’re not going to get carried away either. The same thing was being said about Kilkenny last year when they won the league after winning the All-Ireland.