"You don't give the commitment just to take part, you want to be successful" 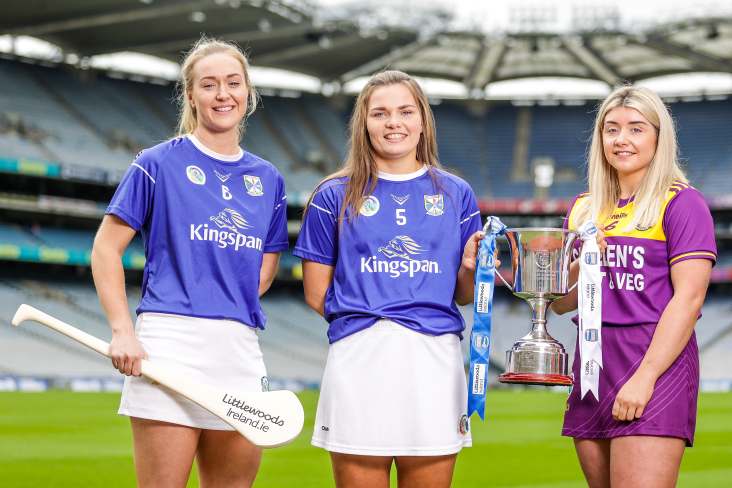 There haven’t been too many setbacks for Cavan since returning to adult level camogie after a decade’s absence in 2020.

They won the Nancy Murray Cup in the first Covid championship at All-Ireland junior A level, and even reached the premier junior final that same season. The followed on from that to win the Littlewoods Ireland Camogie League Division 4 title and were anticipating making a bold bid for championship honours. A painful lesson followed.

“Last year we took our eye off the ball in the championship,” admits Aideen Coyle, this year’s joint captain with Josephine Maguire. “We underestimated the challenge Roscommon were going to throw at us because we’d beaten them in the League and they came up to our pitch and beat us.

“You live and learn and that’s one thing we learned from last year. We were guilty of looking past Roscommon and we shouldn’t have. They came and were deserving winners on the day. So this year, we’ve never looked past the next game. And even when results were going the right way, we never looked towards a League final. It just seemed so far away until it became a reality after beating Dublin.

“It’s definitely a lesson that came out of a disappointing result last year.”

Despite being from a county with such a rich football tradition, the big ball was always secondary in Coyle’s world.

“For me, camogie was always front and centre. I played club football but it was always the camogie I preferred. I grew up in a family that had all played camogie. My auntie and my mam would have been heavily involved in the local club as well.”

A native of Drung, where she plays her club football, the 25-year-old PE and biology teacher at Virginia College lines out for Laragh in camogie, winning the county championship for the first time in 31 years last October. A supreme talent, Coyle actually played on one of Cavan’s last county junior teams prior to them being disbanded when she was just 14.

“We always had the underage but the senior never seemed to take off up until a few years ago.”

And they hit the ground running.

“I was always of the impression if it started up it was gonna be successful. The club scene was always very, very strong in Cavan at senior level. You seen Crosserlough going on and winning Ulster titles, and there was always competitive finals with them as well. So it was always strong, the calibre of players was always there.

“So when it started up it was a great thing for the county. It brought a good buzz. Winning the Nancy Murray in 2020, winning the National League last year and getting to the League final again this year, it’s been great.”

Success breeds success of course, if utilised properly, but the work has been going on, particularly by “driving forces” in clubs to ensure that there is a greater depth of talent now. Laragh has teams from U7 right through the age groups up to senior. This is a stunning success story, where young girls in a football county want to play camogie.

Cavan won the All-Ireland minor C championship last year and while a number of that squad are underage again this year and have been left to develop in their age group, the likes of Hannah Fitzsimons, Aislinn Keenaghan and Aisling Collins have made the step up impressively. That augurs well for the future.

“One thing we have developed is the depth in the squad. A lot of new girls came in along with the minors and it’s only pushed everyone on. Everyone is hungry to get to training because if you miss it, you’re putting yourself down the pecking order. There’s really healthy competition.”

“There’s a lot of talent in Cavan. The U16s won Ulster last year as well, so it’s important for that talent to see success and have role models… When I was younger, I was looking up to the likes of Rosie Crowe-McKeever and Róisín O’Keeffe and Bríd Boylan, players like that. That was something I aspired to be and unfortunately when I got to a certain age, it just wasn’t there anymore.

“Hopefully now it continues and the younger girls continue to look up and aspire to be in there beside us.”

Wexford provide as strong an opposition imaginable in Sunday’s Littlewoods Ireland Division 3 final double header with the Division 4 decider at Coralstown Kinnegad (3pm throw-in – livestream on Camogie YouTube). They are an intermediate side and defending champions, but with the seniors still in Division 2 – they play Antrim in the final at Croke Park on Saturday – they cannot be promoted. But while Coyle might never have heard of Ric Flair, her sentiments echo the old WWE legend’s catchphrase: “To be the man, you gotta beat the man.”

“We’re absolutely under no illusions Sunday is going to be a difficult task, probably our toughest game to date since reforming. We’re up against the reigning Division 3 champions, they won the premier junior All-Ireland championship last year. They’ve a lot of girls that won an All-Ireland with Oulart-The Ballagh.

“We’re building constantly in the League and finally hit top level against Dublin so we want to build on that again. We will of course look a bit at Wexford but the biggest thing is looking at ourselves and what we can do and trying to get a performance. It’s 15 against 15 and hopefully we can give a performance.

“We’re all looking forward to it. It’s exciting. I always say, in order to be the best you have to beat the best and we’re up against one of the best teams in a real hurling county in Wexford. That’s where you wanna be. After coming up from Division 4 last year, it was only a dream to get to a Division 3 final.

“If someone had said at the start of the year, we’d go up into Division 3, we’d come out unbeaten, we’d beat Armagh, Dublin, Antrim, we woulda kinda laughed and said, ‘God, what are ya on?’, but we took one game at the time and the belief in the camp is building. And people in the county and people in the country are talking about Cavan camogie. And that’s great.

“You don’t give the commitment just to take part, you want to be successful and it’s great to see camogie in Cavan coming to the fore again.”