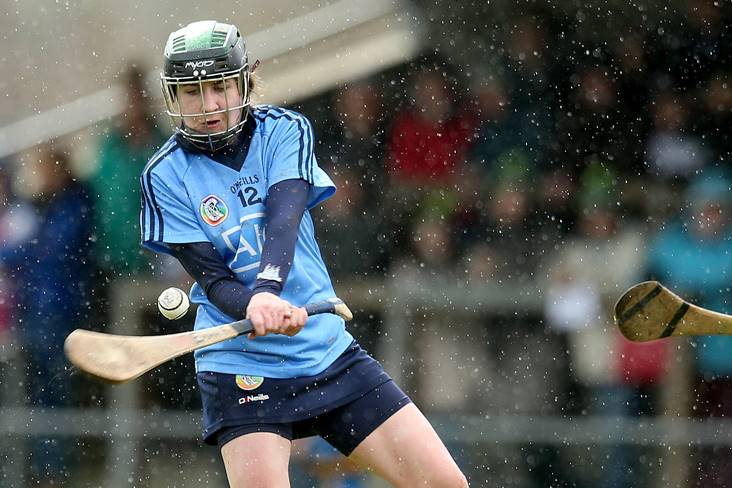 Dublin marked their first senior appearance at Croke Park in 11 years and concluded their Littlewoods Ireland Camogie League Division 1 campaign with a memorable 1-13 to 0-6 victory over Down.

Both sides’ future in the top tier had already been assured so they could operate with freedom on the big stage but it was the Dubs who seemed most comfortable, shooting the first four points in eight minutes of action.

Emma Flanagan got the scoring under way and Aisling Maher, Kerrie Finnegan and Maher again, from a free, followed up before Niamh Mallon got opened the visitors’ account with a lovely effort in the 12th minute.

Jody Couch and Aimee McAleenan exchanged minors as the Mourne girls settled into their surroundings, and then Elyse Jamieson Murphy and Cassie Fitzpatrick did likewise. But one of the real success stories of Dublin’s campaign, young star Aisling O’Neill found the target for Dublin and when former All-Star Maher slotted her third of the day, that made it 0-8 to 0-3 at the half-time.

Mallon made it a four-point affair soon after the restart from a free but Dublin were finding the creation of scoring chances easier, though they did not avail of all of them. Nonetheless, a brace of Niamh Gannon points, either end of a converted free by Maher put daylight between the teams.

Down needed a goal but instead it came for the home team and in the most bizarre circumstances, as O’Neill’s shot for a point from 50m went all the way to the net with Catherine McGourty never even moving on her line, having apparently been unsighted by the sun. It was dreadfully unfortunate for the reliable McGourty and ot ended any hopes of the Mournewomen securing a positive result.

Mallon, who will be in contention for a 2021 All-Star on Friday night, did find the target twice more but Róisín Baker and Gannon were similarly accurate for the Sky Blues before the final whistle.