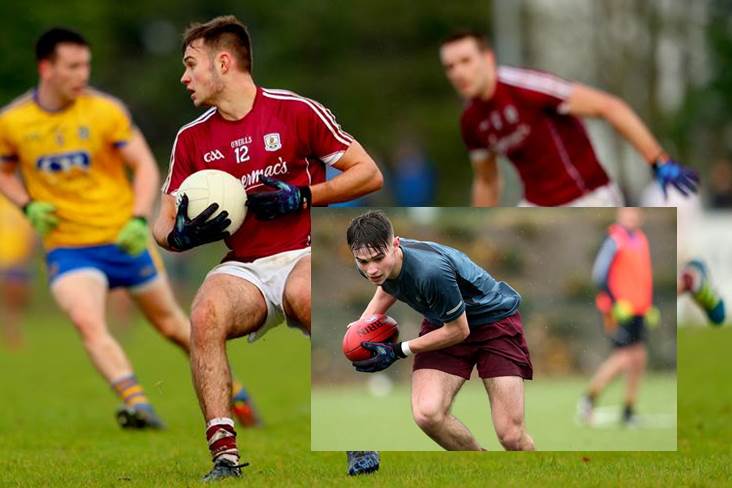 Cillian McDaid in action for Galway and inset the Monivea-Abbey youngster at an AFL Talent Combine.

Cillian McDaid's sooner-than-expected return from the AFL to his native Galway is believed to be imminent.

McDaid was one of the stars of the Galway side that contested last year's All-Ireland U21 FC final against Dublin before hooking up with Aussie Rules outfit Carlton. However, The Irish Independent today reports that the Monivea-Abbey ace will call time on his AFL adventure in the coming weeks and return home permanently.

With Liam Silke also on his way back to Galway following a year in Boston, manager Kevin Walsh could have two high-quality additions next season to a side that captured the 2018 Connacht SFC and also lost a league final and All-Ireland semi-final to Dublin.