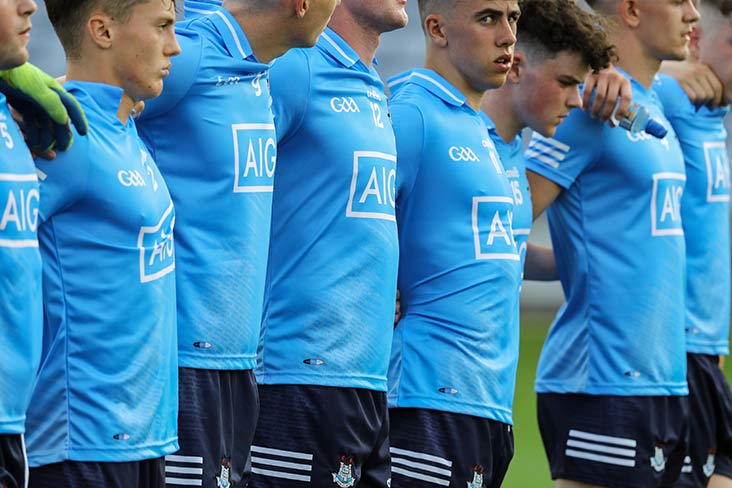 The Dublin team stand for the national anthem. ©INPHO/Lorraine O'Sullivan.

AIG has decided to end its lucrative sponsorship of Dublin GAA.

According to reports, the insurance giant will not be renewing its sponsorship of the Dubs when it expires at the end of this season. AIG replaced Vodafone as Dublin GAA’s main financial backers in 2013 in a deal believed to be worth in the region of €1 million a year.

The sponsorship deal, which also covers ladies football and camogie, coincided with a period of unprecedented success for the Dubs which included an historic six-in-a-row of All-Ireland SFC titles. The Dublin ladies also won four All-Irelands in the same period.

AIG has also been the title sponsor for the Parnell Park Performance Centre which was developed in 2018 and is used by all county teams.