"I'm over the moon. It's a very hard thing to come back and win one" 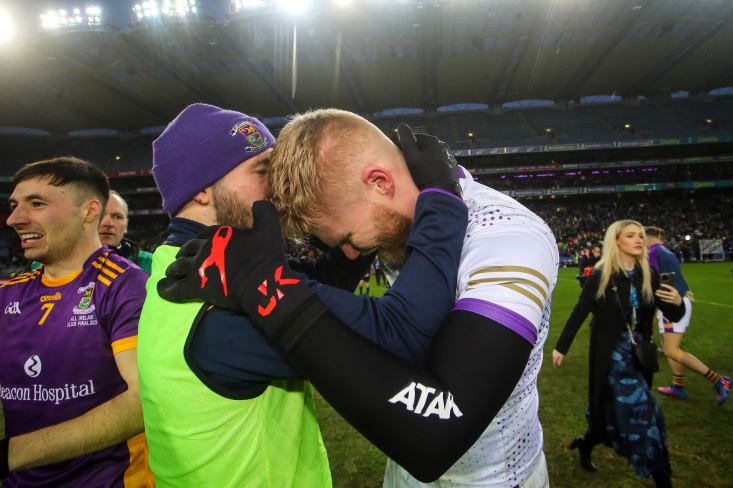 Kilmacud Crokes goalkeeper Conor Ferris was “over the moon” after helping his club to All-Ireland glory at Croke Park earlier today.

Ferris produced a save in injury-time that denied Glen’s Conor Glass what would’ve likely been the winning goal but it was the Dublin champions that instead held out for a 1-11 to 1-9 victory.

After the pain of last year’s extra time defeat to Kilcoo on the very same stage, Ferris said to be the hero this time round was “almost like a redemption” for him.

“Yeah, from a personal point of view, I came off very hurt last year. It’s just great to do it. It’s almost like a redemption," he told GAA.ie.

“Last year was one of the toughest days I’ve had ever. I said to Robbie (Kilmacud manager Robbie Brennan) once, I think it was a couple of months later, ‘where is my silver medal, I want to keep that and put it on the mantelpiece so I see it every day and have the motivation to come back and go one further than last year.’

“If you were talking to anyone, they’ll say the last five minutes of last year was in our minds coming up to the end. Two points up, it’s a dangerous lead. I’m still coming back down to earth. I’m over the moon. It’s a very hard thing to come back and win one.”

What a fantastic photo of Conor Ferris with his family. The hero of the hour for Kilmacud Crokes, with a brilliant save at the death. Congratulations again Crokes. Enjoy the celebrations 👏 pic.twitter.com/6NoqumuIDO