Ladies: O'Leary the hero as Kerry deny Waterford late on 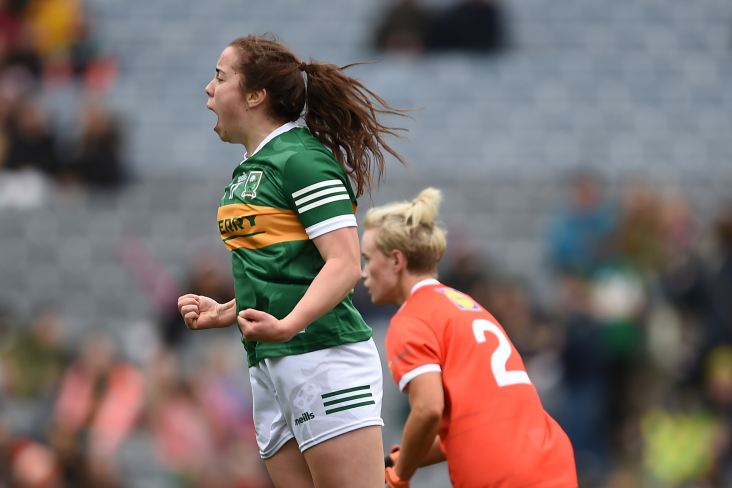 Danielle O’Leary scored in the 63rd minute to give Kerry the narrowest of wins over Waterford in an entertaining Lidl NFL Division 1 opener at Piltown.

The Déise fought back from six points down after seven minutes to draw level entering the closing stages. But two frees dropped short from the home side before O’Leary kicked the winner.

Kerry took the field with seven starters from last year’s TG4 All-Ireland Senior final while Evelyn O’Brien made her senior debut between the posts for Waterford.

The visitors raced six points up after seven minutes. Niamh Carmody kicked two early points and made a block at the other end. Midfielder Lorraine Scanlon also scored a point. And then in the seventh minute, Niamh Ní Chonchúir set up Síofra O’Shea for goal and a 1-3 to 0-0 lead.

Sheena McGuckian nearly connected with a dangerous cross for Waterford before number six Emma Murray put the home side on the scoreboard after 14 minutes. The Comeragh Rangers player soon added a second.

It was 1-4 to 1-2 on 20 minutes, Aoibhe Waring, Murray and Kate McGrath combined to supply Lauren McGregor who found the net from close range.

O’Shea and McMaugh traded points. Kerry lost Carmody to injury but two added-time frees from O’Shea gave them a 1-7 to 1-3 advantage at the break.

Seven minutes into the second period, Emma Murray cruised past three players before she curled over her third point off her right boot for the score of the afternoon.

Three Kellyann Hogan points, two from play, and one from Bríd McMaugh levelled the match for the first time with six minutes left. Pat Sullivan’s side looked the most likely victors while Kerry called on TG4 All Star attacker Louise Ní Mhuircheartaigh off the bench.

Two Hogan frees dropped short as Waterford chased a winner and three minutes into added-time, O’Leary found it. Waterford launched one last attack but couldn’t get a shot away before Jonathan Murphy’s final whistle.