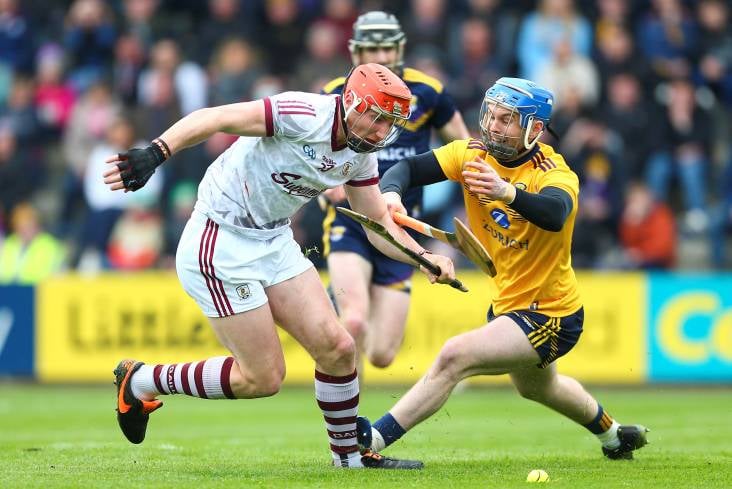 Wexford will play Galway in next weekend’s Walsh Cup final at Croke Park following the completion of the competition's third round matches this afternoon.

Offaly’s late win over Laois in Tullamore, where it finished 2-21 to 1-23 in the hosts’ favour, means that the Slaneysiders pip Kilkenny for a decider berth, with the Cats having needed a Laois win after their loss at Wexford Park last night.

In the end, it was a pair of Cathal Kiely frees in injury-time that gave the Faithful men the victory, having trailed their O’Moore counterparts by 1-14 to 1-6 at half-time.

Charlie Mitchell’s goal three minutes into the restart got Offaly rolling in the second-half and some Eoghan Cahills frees combined with a red card for Laois centre-back Podge Delaney saw the tide well and truly turning.

Jack Clancy’s point with two minutes of normal time remaining levelled it at 2-19 to 1-22 and while Laois went in front again, it’d be Kiely’s pair of frees that proved the difference.

In Kinnegad, Dublin proved too strong for Westmeath as they finished off their pre-season campaign with a 1-20 to 0-15 victory over the Lake men.

David Keogh fired in the goal for the visitors with 12 minutes remaining after they’d led comfortably by 0-12 to 0-5 at the half.

The Walsh Cup Final is set.

Next Saturday Wexford and Galway will meet in the 2023 decider.