Clifford to captain Kerry for a second time 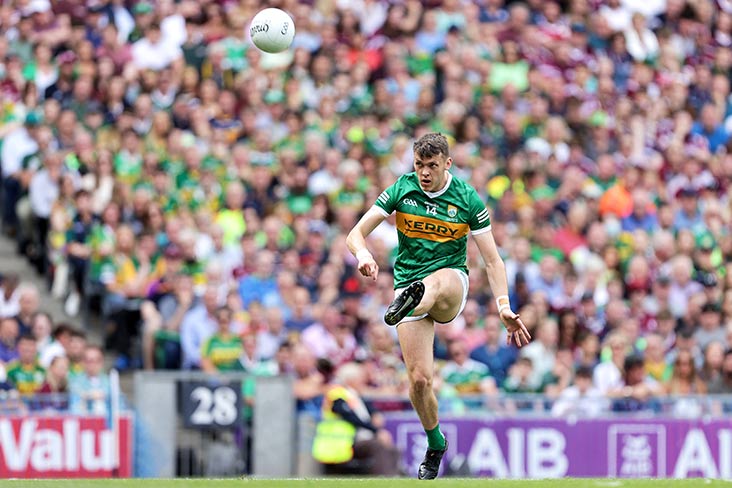 David Clifford has been nominated to captain the Kerry footballers next year.

Despite being only 23, it will be Clifford’s second time to skipper the Kingdom, having previously done so in 2020 when their season was ended by a shock defeat to Cork. His name was put forward for the captaincy by East Kerry, who have the right to nominate the captain as county champions.

Clifford has enjoyed an incredible season, winning Allianz League, Munster and All-Ireland SFC titles with Kerry as well as claiming a fourth All-Star and being crowned Footballer of the Year.

He also won Kerry SFC and JFC honours with divisional side East Kerry and Fossa respectively, while there could more glory to come with Fossa who are preparing to face Limerick’s Castlemahon in a Munster club JFC semi-final this weekend.