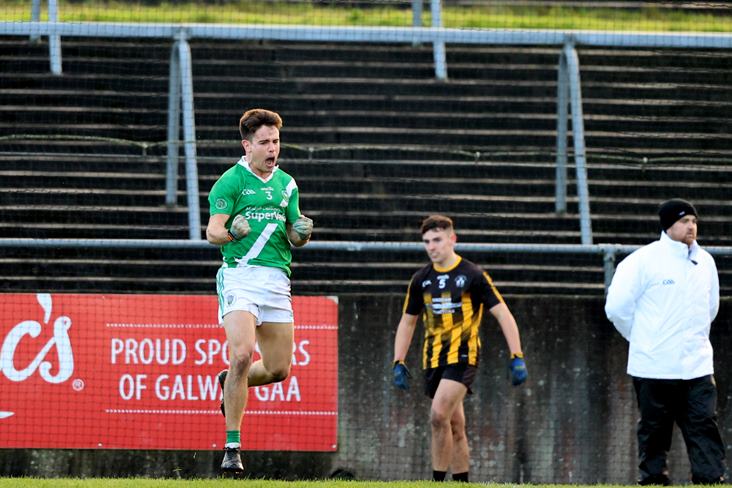 Moycullen survived a stern challenge from Strokestown before emerging victorious 2-8 to 0-7 after extra-time in today's Connacht club SFC semi-final at Tuam Stadium.

Strokestown were chasing a first provincial senior football championship final appearance in 20 years and they pushed the heavy favourites all the way - scoring their first point from play via Cathal Compton in the 60th minute to take the game to extra-time.

But Galway captain Seán Kelly pounced decisively with a goal in the first-half of extra-time and Ger Davoren then added another towards the end to earn Don Connellan's charges a decider date with Sligo champions Tourlestrane.

After their performance in Castlebar where they scored 3-18 against Westport, Moycullen were widely expected to come through this test with minimal fuss, however, the north Roscommon outfit didn’t appear to have read that script as they burst into a 0-0 to 0-4 lead on 10 minutes.

Although they trailed 0-6 to 0-5 at the end of the first 30 minutes after Owen Gallagher almost single-handedly dragged Connellan's side back into contention.

Dessie Conneely finally broke the second-half deadlock in the 55th minute when he pointed a free, but Diarmuid McGann and Compton hit back to leave it at 0-7 each.