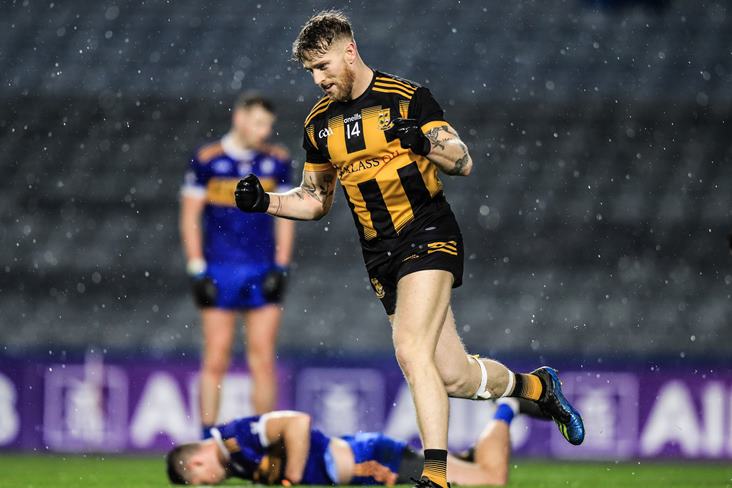 Two goals either side of half-time from Ciarán Nolan and Niall Mitchell were the crucial scores as The Downs withstood a late Ratoath rally in the first of this evening's two Leinster club SFC semi-finals at Croke Park.

Lar Wall's side, who face either Kilmacud Crokes or Portarlington in the decider, were left hanging on for a 2-12 to 0-17 victory after the Meath champions battled back from five points down in the closing five minutes of normal time.

Ratoath had the chance to send an entertaining contest into extra-time, but Jack Flynn's 67th minute free from underneath the Hogan Stand sailed wide before referee Barry Tiernan blew the final whistle much to the delight of The Downs faithful.

In what was a very competitive opening half at headquarters, no more than one point separated the sides until midfielder Nolan pounced on a loose ball in the Ratoath goalmouth to propel the Westmeath kingpins into a 1-6 to 0-6 lead on 26 minutes.

But David Brady's men responded in impressive fashion as Daithi McGowan fired three successive points to bring the teams level at the interval - 1-7 to 0-10.

The Downs had their tails up again in the 42nd minute when dual-star Mitchell finished off a fine team move, beating Darragh McPartlin in the Canal End goal, and they extended the advantage to six points.

Points from Eamonn Wallace, Flynn, McGowan and Bryan McMahon had hauled Ratoath into contention, while The Downs were not helped by the dismissal of Andrew Kilmartin for a second bookable offence.