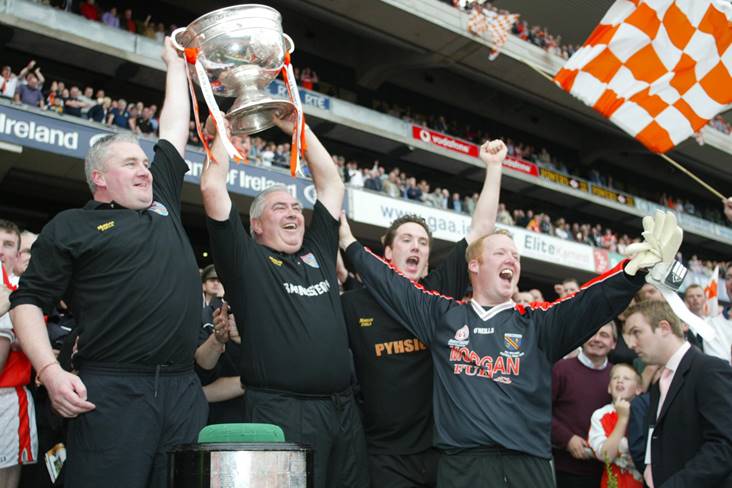 This week marks the 20th and 40th anniversaries of famous Armagh and Offaly All-Ireland football wins.

Armagh defeated Kerry to win their maiden Sam Maguire in 2002, while Offaly memorably stopped the Kingdom's five-in-a-row bid thanks to Seamus Darby's late winning goal in 1982.

Both teams have held reunions in recent days, with members of Offaly's 1982 All-Ireland winning team doing it in style by spending the past week in the five-star Hotel Kaya resort in Turkey with supporters.

40 years on. The 1982 panel and others who played in that era. pic.twitter.com/FTtrcmpfp8