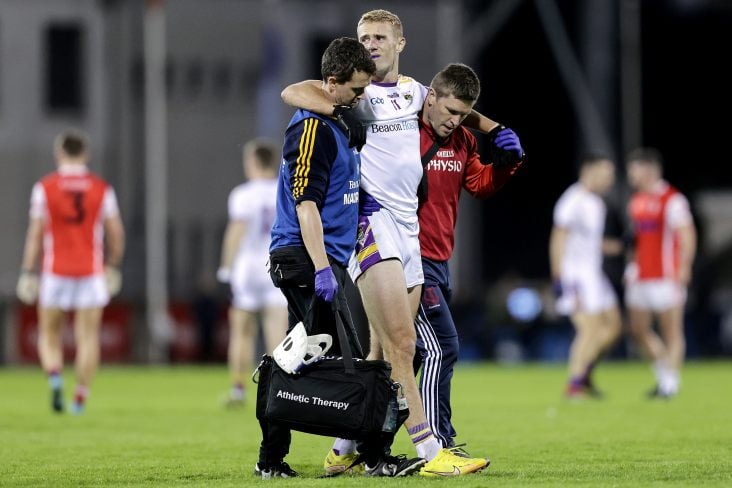 Mannion was forced off midway through the second-half of yesterday evening’s 0-14 to 1-9 victory over Cuala at Parnell Park, where the former Dublin star suffered an ankle injury.

It came as a double blow for Crokes inside a minute as Mannion was helped off before Niall O'Callaghan hit the net for Cuala but the Stillorgan men held on for victory.

Sunday afternoon saw Ballyboden St Enda’s securing their berth in the last four thanks to a 3-15 to 3-10 win over Ballinteer St Johns before the later meeting of Castleknock and Thomas Davis (4pm).

A double blow in 60 seconds for champions Crokes. Paul Mannion is forced off through injury, Niall O'Callaghan finds the net for Cuala
📺 Watch live coverage of @KCrokesGAAClub v @CualaCLG in the Dublin SFC quarter-finals on @RTE2 and @RTEplayer https://t.co/eReU6snW0Y #GAA pic.twitter.com/sRZlkBfa6D