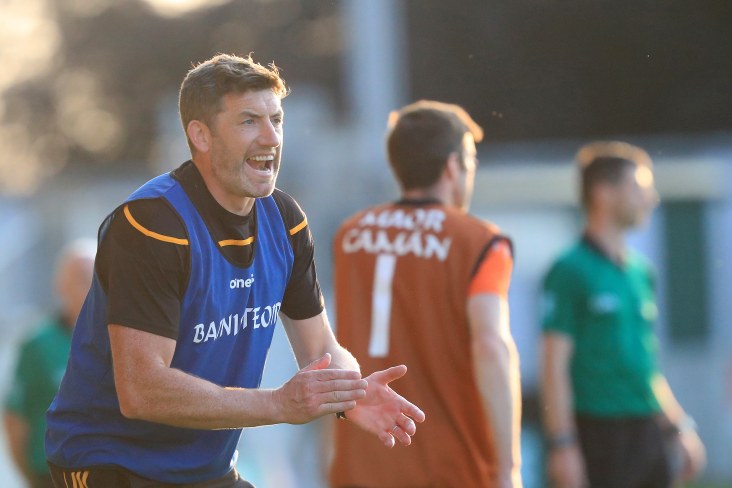 It was confirmed last night that former U20 boss Lyng will lead a new era for the Cats after being handed a three-year term.

Having won six All-Ireland SHC titles as a player, Lyng led Kilkenny to All-Ireland U20 success earlier this summer and, while Herity sees the Emeralds clubman as the ideal replacement for Cody, he says he won’t have the same approach as the legendary boss.

“Derek would be nothing like Brian,” Herity, who is currently managing Kildare, told Off The Ball AM.

“One of the reasons why he would have been picked to start off as a selector back in 2014 and 2015, where we straight away won two All-Irelands. Derek was brought in. James McGarry was brought in.

“Derek was always seen as one of the lads in the dressing room Brian approached before a match and gave a dig to and said, ‘right get these lads going.’

“He was that kind of lad, along with a Noel Hickey or Henry [Shefflin]. He would have ticked a few boxes in what Brian Cody would look for in a player and leader.

“When Derek came in, he was slightly the yin to the yang. James McGarry and Brian Cody would be similar enough in personality, stand-offish. They wouldn’t show a massive amount of emotion or talk to players in that sense. Derek Lyng would’ve been the more friendly type.”