Armagh in with "an unbelievable chance" of winning All-Ireland, says Morgan 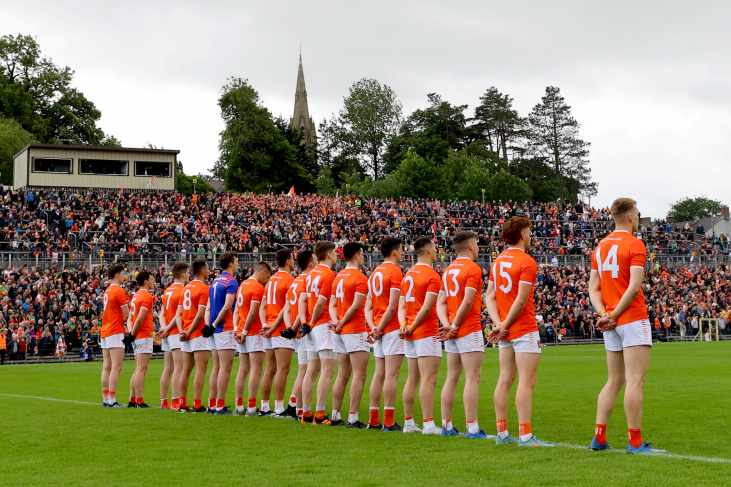 The Orchard men face Galway on Sunday afternoon (1.45pm) looking to book a place in the last four of the Sam Maguire Cup race where they would meet either Clare or Derry.

Speaking to RTE Sport at the launch of AIB's new content series 'The Drive', Morgan reckons that the style of football Kieran McGeeney’s team play will really suit Croke Park.

"I'm going to grit my teeth and say this: I think Armagh have an unbelievable chance, not only of getting to a final but actually winning an All-Ireland final,” he stated.

"I think the way they play is really going to suit Croke Park. They know when the time is right to bunch up at the back, and defend hard; they can open up the play, kick pass all around the pitch; they've got really exciting forwards; they've got tough defenders. It's probably their only area of weakness: have they got enough tough defenders? They've got a strong midfield.

"The biggest thing this weekend for them against Galway is who is going to pick up Shane Walsh in a space as big as Croke Park. We're all waiting on Shane to explode in a big game. I don't think it's too far away. That's going to be the game of the round."