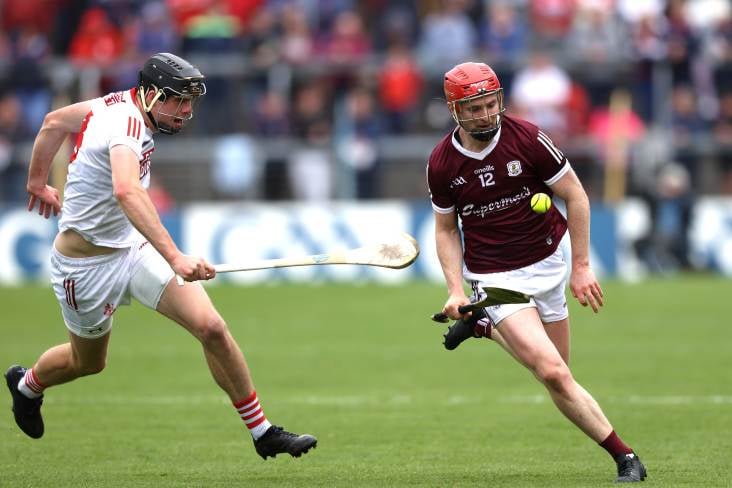 Galway are through to the All-Ireland senior hurling championship semi-final after edging out a wasteful Cork side by 2-19 to 1-21 at Semple Stadium this afternoon.

Henry Shefflin’s men enjoyed the perfect start in Thurles after Jack Grealish’s early strike from long distance was misjudged by Cork ‘keeper Patrick Collins and ended up in the net.

Some 17 minutes later and the sliotar would be back in the Rebels onion bag. This time Conor Whelan provided a superb finish to send the Tribesmen men towards a 2-6 to 0-7 half-time lead, with their opponents missing three goal chances and firing a dozen wides during the opening 35 minutes.

Cork couldn’t have asked for a better restart, as Shane Kingston robbed his man in the Leesiders’ forward and dispatched a cool finish to the net that narrowed the deficit down to two.

Ace attacker Patrick Horgan was introduced for the start of the second-half for the Munster men and, despite Galway responding well to their goal concession, there’d only be three points in it once Mark Coleman sailed over a sublime sideline cut with 20 minutes remaining.

Kieran Kingston’s men battled to the end and Darragh Fitzgibbon’s point in fourth minute of injury-time had it down to the bare minimum but the resultant puck out was crucially won by Grealish and Galway were able to hold on for their place in the last four.

Shefflin's charges now get set to face defending champions Limerick on Sunday, July 3rd at Croke Park for a place in the Liam McCarthy Cup decider.