Ramor United produced the goods to lift the Oliver Plunkett Cup for a fifth time after a rip-roaring start helped them towards a 1-15 to 0-14 victory over Gowna in today's Cavan SFC final replay.

Full-forward line trio James Brady (1-8), Ado Cole (0-3) and Sean McEvoy (0-4) combined to score all of the winners' tally in an exceptional attacking display.

Ray Cole's men were undone by a late equaliser the first day but there was no denying them on this occasion as they raced into a 1-8 to 0-2 lead after 16 minutes with McEvoy opening their account straight from the throw-in. The game was only four minutes old when man-of-the-match Brady rattled the Gowna net to double his side's lead, 1-3 to 0-0.

Gowna found the going tough but they continued to run at the Ramor rearguard and points from Robbie Fitzpartick and Conor and Cian Madden had them five behind, 1-10 to 0-8, by the time Maggie Farrelly - the first female referee to take charge of a senior men’s county final - blew the whistle for half-time. 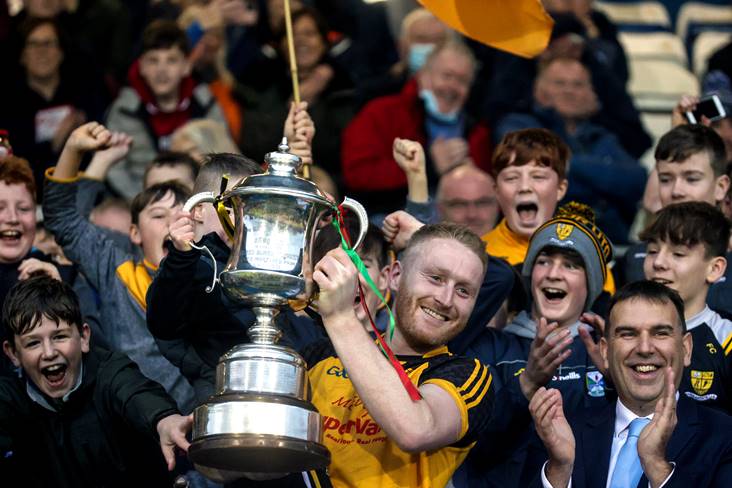 They closed the gap to four when Oisin Pearson, who was later forced off with injury, pointed on the restart before a brace of frees from Brady had Ramor back in the ascendancy once again.

Gowna threw everything at the Virginia men in search of a goal as Cian Madden's late free brought the deficit down to three points but Brady sent over an insurance point and all that was left was for captain Cole to lift the Plunkett Cup.