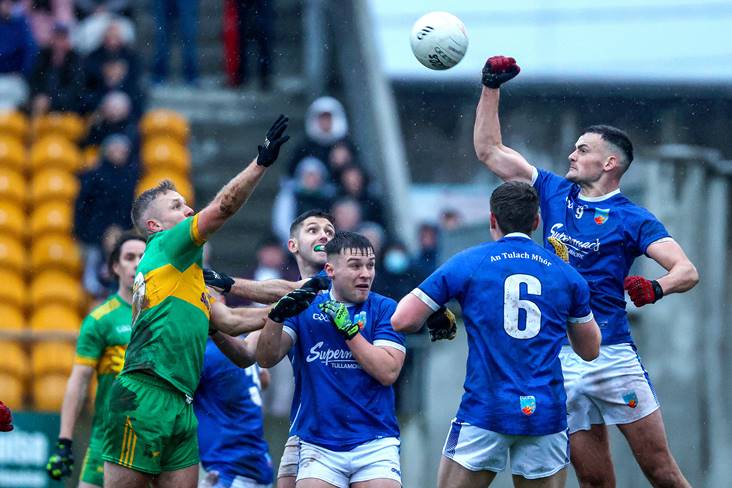 Four successive points from Johnny Moloney, Diarmuid Egan, Nigel Bracken and John Furlong down the final stretch secured a hard-earned 0-9 to 1-4 victory for the county town outfit in front of a crowd of 4,629 spectators.

Eager to avenge their 2020 final defeat to the record holders, Niall Stack's men led by the minimum at the break, 0-4 to 0-3, after Ruairi McNamee opened the scoring for Rhode. McNamee was the only scorer for the champions in the first-half.

Moloney and Anton Sullivan traded points on the resumption before Tullamore stole a march after the second drinks break to move five clear. Offaly star Anton Sullivan dispatched a 64th minute penalty but his Rhode side came up short in the end.