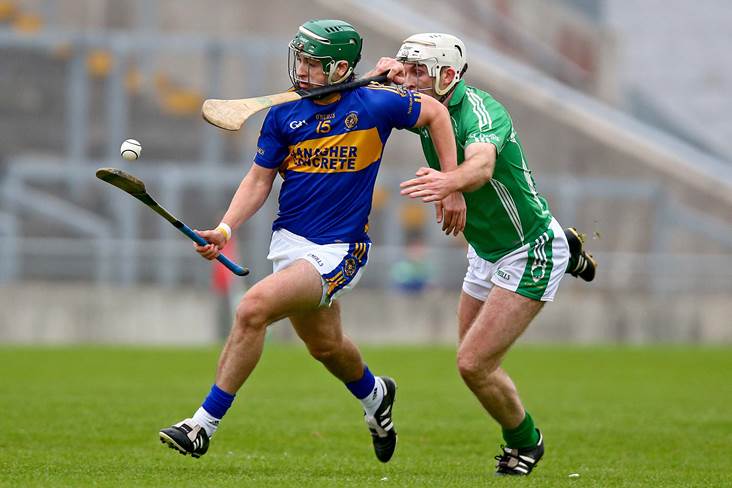 St Rynagh's are just 60 minutes away from completing a three-in-a-row of Offaly SHC titles after surviving a huge scare from Kilcormac/Killoughey at Bord na Mona O'Connor Park yesterday.

The holders will face Coolderry in the final in two weeks' time after edging out K/K 1-18 to 0-20 in what was a repeat of the Covid-delayed 2020 SHC final, which was only played in mid-August. Rynagh's won that final by six points and were even more emphatic winners when the sides met in Round 4 of this year's championship five weeks ago.

But it was a lot closer this time as Kilcormac/Killoughey staged a late rally to almost force extra-time. An excellent Luke O'Connor goal in the fifth minute helped Ken Hogan's charges to a 1-10 to 0-7 half-time lead, but with Cathal Kiely and Dylan Murray scoring 0-12 between them, K/K stormed back in the final quarter and might even have won if Murray hadn't had a goal disallowed for 'square ball' in the 38th minute.

Coolderry also had to work hard for their 3-13 to 1-16 victory over Shinrone in the first semi-final in Birr on Saturday.

The record Sean Robbins Cup holders led by 2-7 to 1-4 at the interval thanks to goals from Kevin Connolly and Daniel Miller in injury-time, with Jason Sampson netting at the other end. When Cian Burke raised a third green flag for Coolderry five minutes after the restart, they were nine points clear and coasting, but Shinrone refused to the throw in the towel and with Killian Sampson leading the charge, scored six unanswered points to bring it down to the wire.

However, they couldn't get any closer than three points as Coolderry showed their experience to see out the win.

Meanwhile, Seir Kieran preserved their senior status with a 2-22 to 2-17 victory over neighbours Drumcullen in the SHC relegation final on Saturday. It means that 'The Sash' drop back to senior 'B' after just one season in the top flight.