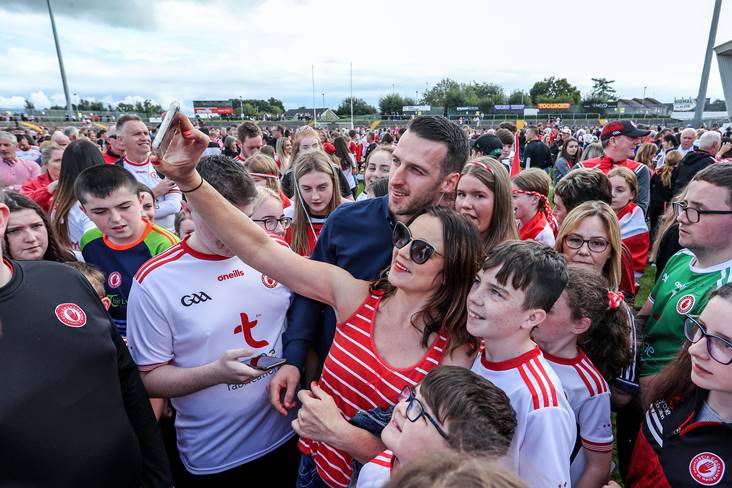 Niall Morgan has revealed how watching Cristiano Ronaldo bag a brace of goals on his much-hyped Manchester United return helped to settle his All-Ireland final nerves.

The Tyrone goalkeeper watched Ronaldo's 'second coming' against Newcastle at Old Trafford on his phone in the Croke Park dressing room before going out to play a starring role himself in his side's victory over Mayo on Saturday evening.

“There was a lot of excitement before the Kerry game when Ronaldo re-signed and obviously his debut was yesterday and I really didn’t want to miss it!

“I was watching it in the dressing room and Brian (Dooher) came over to talk to me and I had to quickly get the phone away.

“It helped to relax me, I’m a very nervous person so it was great to have something that was a bit of a distraction leading up to the game. It was an overall great day, Ronaldo got two and we won an All-Ireland. Hard to beat!”