Cronin free to play for Cork 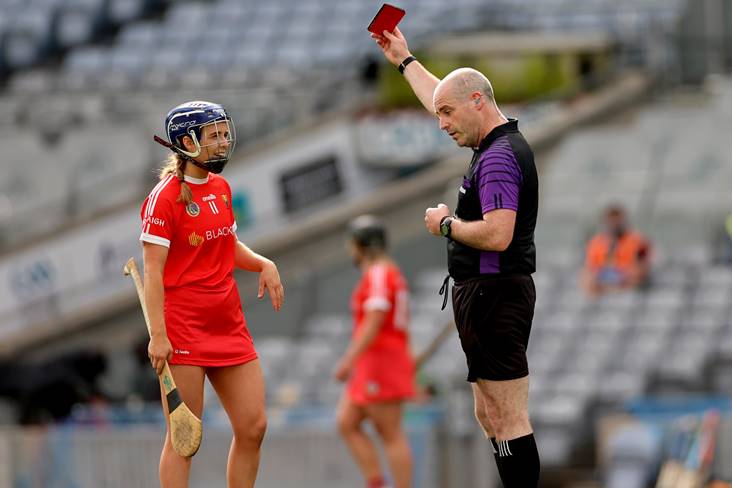 The Enniskeane clubwoman had been given a three-match suspension after being shown a red card by referee John Dermody for striking an opponent with a hurley during the semi-final win over Kilkenny.

The Hearings Committee and the Appeals Committee upheld an appeal by Cork earlier this week, but an eleventh hour decision by the DRA to delay the suspension frees Cronin up to line out for the Rebelettes in the decider.

An appeal was lodged with the Disputes Resolution Authority (DRA) by Cork player Orla Cronin against the decisions of the Camogie Association's disciplinary process, following a red card in the All Ireland semi-final.

The DRA has made no finding on the substantive appeal but has granted Orla interim Relief to participate in the All Ireland Final today, Sunday 12th September.