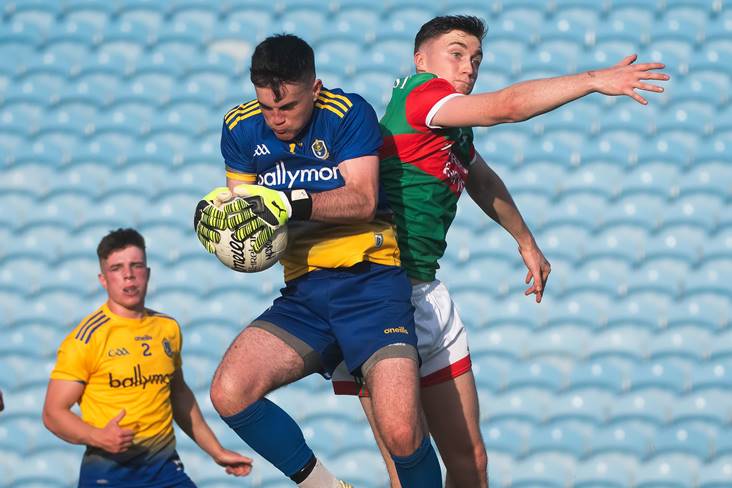 They will also be thankful to goalkeeper Conor Carroll for a crucial second-half penalty save as they ran out impressive 2-11 to 1-7 winners over Mayo to claim a first provincial title in the grade since 2015.

Mayo started the brightest, racing into a 0-3 to 0-0 lead by the first water-break, before Fitzpatrick eventually opened Roscommon's account.

The Rossies then grabbed the initiative by scoring four more unanswered points, as Mayo went 22 minutes without scoring until Jack Carney stroked over his second in injury-time to narrow the gap to one at half-time, 0-5 to 0-4.

Things got even better for Roscommon, when Fitzpatrick blasted home a second major to put some daylight between the sides.

Heading into injury-time, Mayo were awarded a second penalty which Connell Dempsey duly converted but Roscommon were home and hosed by that stage.