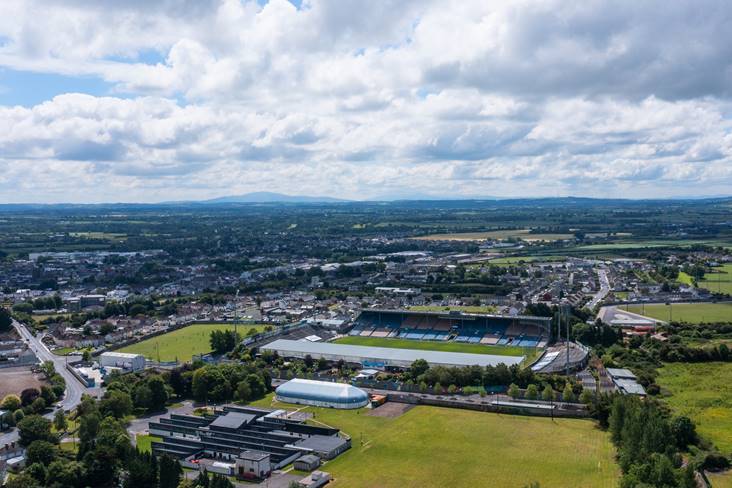 An aerial view of Semple Stadium before the Munster SHC quarter-final between Waterford and Clare. ©INPHO/James Crombie.

The CCCC has confirmed the dates, times and venues for Saturday's Round 2 All-Ireland SHC Qualifier ties.

Galway will play Waterford in Semple Stadium at 2pm, while Clare will play Cork in the LIT Gaelic Grounds at 4.30pm. Both matches will be broadcast live on Sky Sports. Provincial runners-up Tipperary and Dublin await the winners in the All-Ireland SHC quarter-finals.

In a busy weekend for hurling, the semi-finals of the Christy Ring, Nickey Rackard, and Lory Meagher Cups as well as the Allianz Hurling League Division 1 Play-Off between Laois and Westmeath are also scheduled.