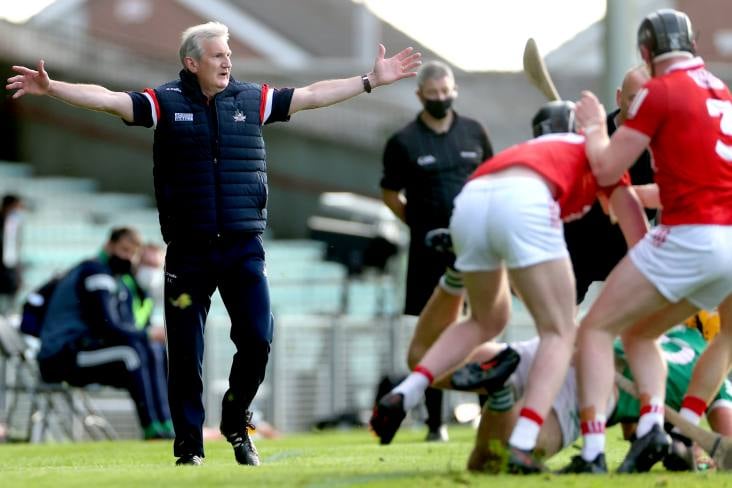 Cork manager Kieran Kingston admits that his side were a “bit shell-shocked” during the first-half of their defeat to Limerick at the weekend.

The Rebels conceded 0-20 to the All-Ireland champions during the first-half at the LIT Gaelic Grounds, where they trailed by 10 points at the break before taking some tarnish off the final score-line (0-33 to 2-19) in the second-half.

“We always knew it was going to be tough coming up here,” Kingston told echolive.ie afterwards.

“We were under no illusions, I said it before the game, and you could see that in the first half, I thought our lads were a small bit shell-shocked in some ways.

“We said we’d play with the wind to see if it could ease us into the game a little bit but it didn’t work out that way and we were probably lucky to be only down ten points at half-time, to be realistic about it, even though we missed a couple of goal chances.”