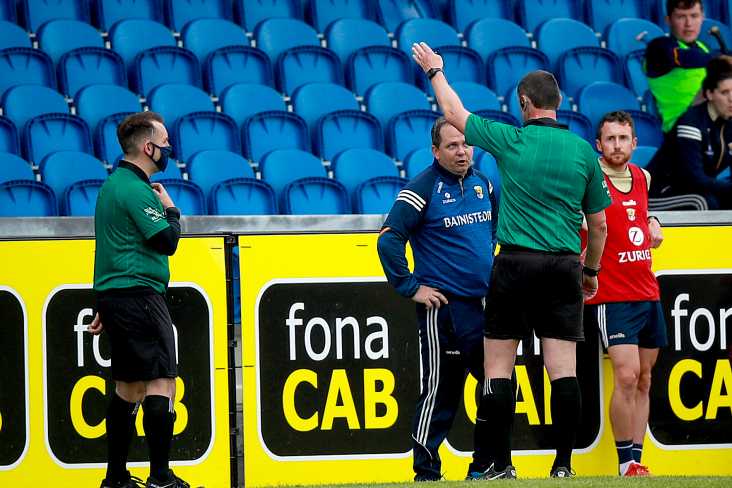 Wexford boss Davy Fitzgerald says he has “nothing but respect” for what Darren Gleeson has done in Antrim.

The two managers became involved in a confrontation on the side-line during the first-half of today’s drawn Allianz Hurling League encounter at Corrigan Park, where Fitzgerald was sent to the stands by referee Patrick Murphy.

In the end, Keelan Molloy’s point in the 10th minute of injury-time was what salvaged Antrim a 1-21 to 2-18 draw against the Slaneysiders, confirming their Division 1 status for next season.

The dispute between Fitzgerald and Gleeson had been over a line-ball which the former wasn’t being drawn into when talking to TG4 after the final whistle.

"I’ve nothing but respect for what Darren Gleeson has done and what he had done in Antrim, but if we’ve to say something to each other we'll have a go. And that's the way it is, that’s between the two of us. I won't be talking about it anyway.

"It isn’t my first time that’s happening and it probably won’t be my last."

On the result itself, he added: "If you give Antrim a smell of it up here, they are not going to let you off the book, but I'm actually delighted with our fight. The Wexford boys never gave it up. I’m delighted with the way we fought."