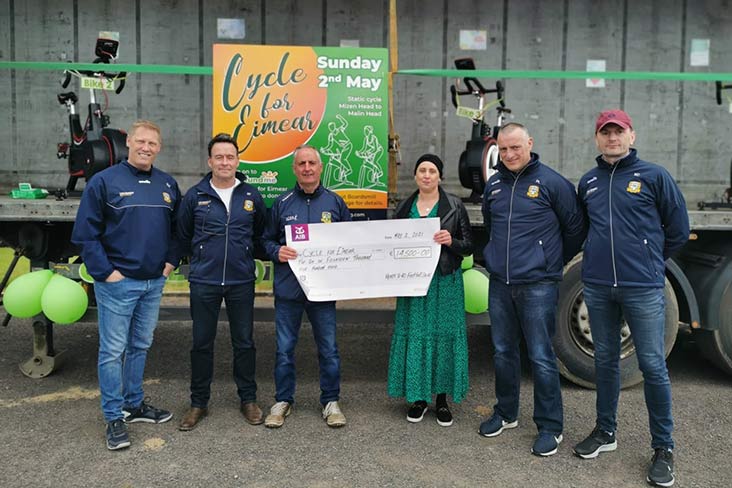 Bernard Flynn and the Meath U20 backroom team present a cheque for €14,500 to Eamon and Eimear Murray

This day 27 years ago Bernard Flynn was scoring two goals as Meath defeated Armagh in the 1993-1994 NFL Division 1 final at Croke Park.

Today the Meath Under 20 football manager, players and backroom team presented a cheque for €14,500 to Eamon and Eimear Murray during the Cycle For Eimear campaign.

The Boardsmill and Meath footballer, who is the daughter of Meath Ladies manager Eamon Murray, was diagnosed with Non-Hodgkin's lymphoma last Autumn, just weeks after playing for her club in the Meath Ladies JFC final.

"An incredible achievement for a remarkable and truly inspirational lady Eimear Murray from all the U20 players and management. €14,500 raised, lads what an effort but what a woman".

A incredible achievement for a remarkable & truly inspirational Lady Eimear Murray from all the U-20 players & management 14,500 Euro raised , lads what a effort but what a woman ⁦@MeathGAA⁩ ⁦@officialgaa⁩ pic.twitter.com/y0HvDuyf4H

To date over €45,000 has been raised and you can still donate by clicking here