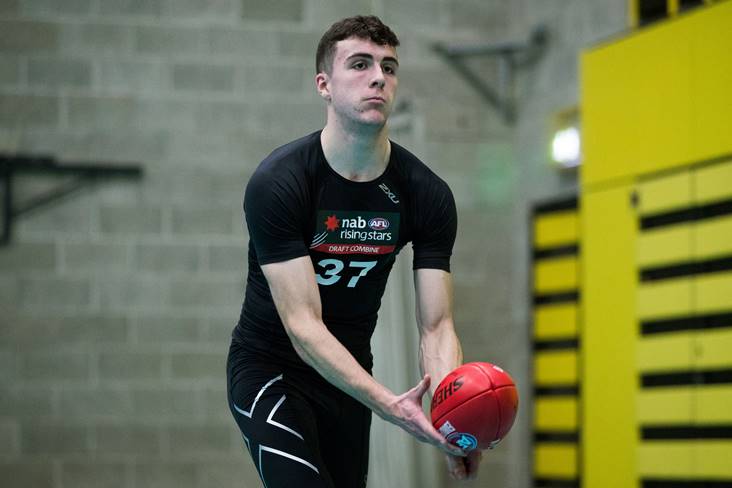 Dublin's James Madden at the AFL Draft Combine before signing for Brisbane Lions.

The former Dublin U20 footballer was introduced off the bench in Brisbane Lions' crushing 93-44 victory over Port Adelaide at the Gabba today. Madden made 11 disposals from his interchange role.

The 21-year-old, who signed for the Lions in August 2018 after smashing the all-time AFL Draft Combine 20-metre sprint record, running 2.69 seconds, will be hoping for more game time when they face Fremantle next Sunday.

The Ballyboden St Enda's youngster follows in the footsteps of the late Jim Stynes, who also hailed from the south Dublin club, and won the 1991 Brownlow Medal, playing 264 games for Melbourne.

Elsewhere, in Round 7, Tipperary Munster SFC winner Colin O’Riordan enjoyed his first AFL outing of the season for the Sydney Swans as they snatched a thrilling win against Geelong Cats, 90-88.  Zach Tuohy saw action with Geelong while his Kerry teammate Mark O’Connor remains injured.

Cork star Mark Keane's return from a one-week suspension for Collingwood Magpies ended in a 79-55 defeat to the Gold Coast Suns at the MCG.