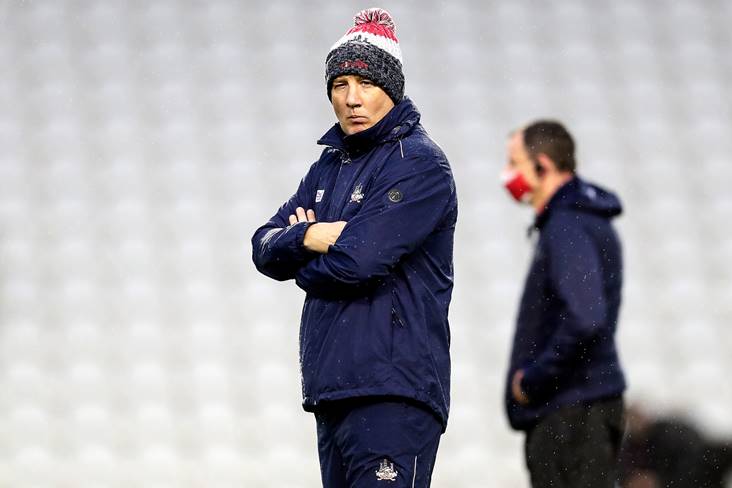 Cork football manager Ronan McCarthy has failed in his latest appeal against his 12-​week suspension.

The Rebels boss was given the ban by the Central Hearings Committee for overseeing a collective training session on a beach in Youghal in January, which was in breach of GAA guidelines.

McCarthy requested a hearing with the Disputes Resolution Authority as he decided not to accept the charge of "misconduct considered to have discredited the association".

He had previously requested hearings with the GAA’s Central Hearings and Appeals Committees, and his latest appeal was rejected last night by an independent DRA.

His suspension will expire shortly before the start of Cork’s Allianz Football League Division 2 south campaign next month.

"An application to the DRA by Ronan McCarthy, challenging the decision of the Central Hearings Committee to impose a 12 week suspension for an infraction of Misconduct Considered to have Discredited the Association in breach of Rule 7.2 (e) T.O. 2020, which said decision had been upheld by the Central Appeals Committee, was heard remotely tonight by a DRA Tribunal comprised of Mr Rory Mulcahy SC, Mr Niall Cunningham and Ms Orlaith Mannion," a DRA statement explained.

"Having considered detailed submissions from all parties, the Tribunal held that while the Central Hearings Committee had erred in failing to provide reasons for the imposition of a penalty in excess of the minimum set down in rule, the Claimant had failed to establish any misapplication of rule or breach of fair procedures by the Central Hearings Committee in their finding that the infraction had been proven.

"Therefore, the Tribunal dismissed the claim and the decision of the Central Hearings Committee stands. This statement is for information purposes only. The Tribunal’s full written decision will be communicated to the parties and published on the DRA website in due course."