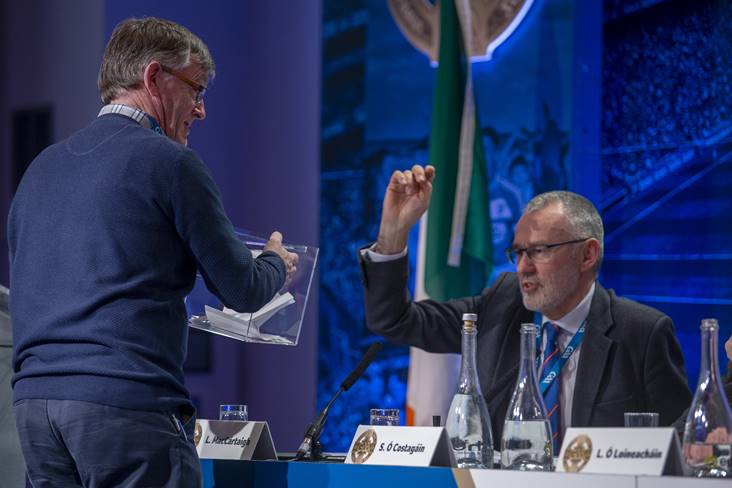 GAA President Larry McCarthy is hopeful that the recent controversy involving the Dublin senior football team will not affect the official return to collective inter-county training on April 19.

On Wednesday morning, nine players from the All-Ireland champions' squad were caught breaking Covid-19 restrictions by taking part in a secret training session at Innisfails GAA club. Just hours before this, the GAA warned counties that any breaches of the existing ban on collective training would put the return plans "in serious jeopardy."

Dublin GAA took the decision themselves to suspend Dublin manager Dessie Farrell for 12 weeks while the GAA’s management committee appointed a special group to investigate the training breach. McCarthy remains optimistic about the GAA's return to play but he says another such incident could "make it very, very difficult."

"I don't think honestly that it is going to impact [the return to play on April 19]. Now, if there was another one, oh Lord, that could make it very, very difficult for us," McCarthy told Valerie Wheeler on Cork's Big Red Bench.

"But I'm reasonably confident at the moment that we will get back, assuming that the Covid-19 numbers stay where they are, and that the public health authorities don't decide that they've gone array over Easter or anything like that.

"Coiste Bainistí had an emergency meeting and we appointed an investigation committee to look into it, as we did with the Cork incident earlier in the year and Down incident. So we're adopting the exact same procedures."

Listen back to my chat with President of the @officialgaa Larry McCarthy. We chatted loads including how another county team breaching covid rules could put return of play at risk & getting clubs back playing is his priority📻🎙 https://t.co/oQY50OsReo

The Cork native has made it his top priority to get clubs back to action as soon as possible as they prepare an updated fixtures plan for the 2021 season.

"We will have a comprehensive games programme," he continued.

"I’d love to see the clubs back now but at the moment we only have permission obviously for the inter-county stuff to come back, so we’ll run a league and we’ll run a championship and see where we go after that."