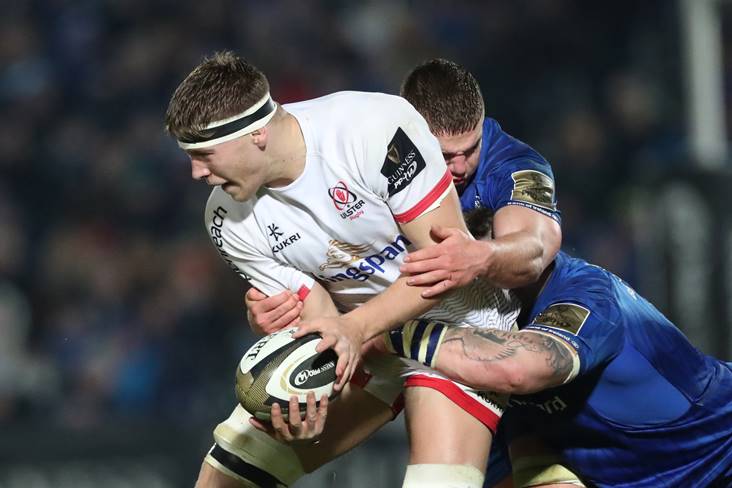 The son of Offaly hurling legend Daithi Regan is currently making a name for himself in New Zealand Super Rugby.

Birr's Jack Regan has been added to the Highlanders playing roster ahead of the start of Super Rugby Aotearoa next week having impressed for Otago during the recent Mitre 10 Cup campaign.

The former Ulster academy and Ireland U20 lock had been drafted in as injury cover by Highlanders head coach Tony Brown, and grabbed his opportunity with both hands to start in last week's pre-season clash with the Crusaders.

Birr man Jack Regan with a tip-on pass in the build-up to one of the Highlanders' tries in their pre-season clash with the Crusaders.

23-year-old Regan is again named in the Highlanders starting pack for their final pre-season game against the Hurricanes in Alexandra tomorrow, alongside All-Blacks duo Aaron Smith and Nehe Milner Skudder.

Regan initially moved to New Zealand in March of last year after he was released by Ulster before joining the Dunedin Sharks club.

Massive achievement for Birr’s Jack Regan to be starting for The Highlanders against the Crusaders on Friday 💪💚❤️ pic.twitter.com/99pWoGSmIq