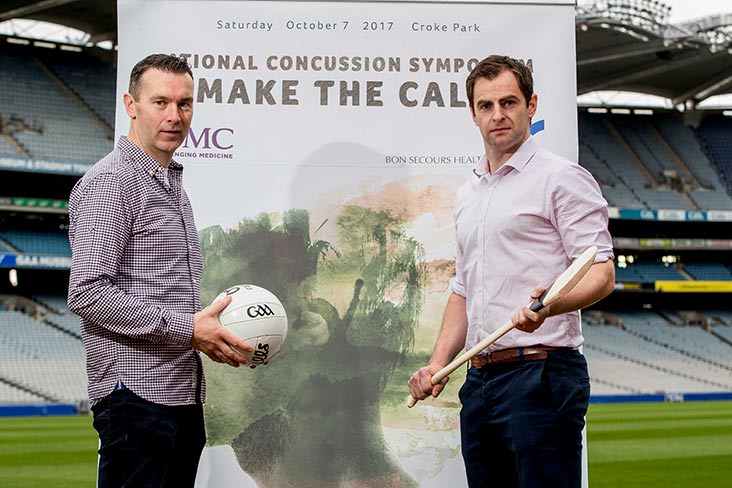 The GAA and other sporting organisations have been urged by a concussion expert to introduce a national surveillance system for all levels of the game in order to accurately study the prevalence and risk factors for it in our sports.

NUI Galway lecturer, Dr Lindsay Sullivan, some of whose studies have focused on concussion education in underage GAA players, warned that it is not only sports like rugby and American football that should educate themselves surrounding the dangers of the issue.

According to Dr Sullivan’s prior studies, one in four athletes self-reported playing while experiencing symptoms of concussions, while international research suggests that up to 50 per cent of all concussions go unreported and that male athletes are less likely to report a concussion than females.

“There has been some high quality research conducted in the last year or two examining concussion in GAA sports. However, since there is no national concussion surveillance system, we are not truly capturing the prevalence or the extent of the concussion issue – in any sport in Ireland,” said Dr Sullivan.

“Such a system would give us high-quality data on concussion in sport in Ireland, including national estimates of the prevalence of concussion, information on the most common cause of concussion, trends overtime, whether prevention initiatives are working as well as helping identifying recovery needs.”

“Studies consistently show that younger children take longer to recover from concussion than adults and that they are more susceptible to both short and long-term health consequences from concussion. We need to look at concussion in youth sports and create a culture of concussion safety from the grassroots level all the way up to the professional level.

“There is a lot of work to be done globally, especially within youth sports. Children need to be encouraged to report concussion and told that they won’t be penalised if they report concussion. If we create a culture of concussion reporting, where reporting is valued and normalised, at a young age, the better off they will be.”

The concussion debate in rugby gained traction again recently with Johnny Sexton and James Ryan both ruled out of Ireland’s Six Nations game with France due to head injuries. Dr Sullivan is of the impression that the head injury assessment protocol has some merits as it treats every concussion as a unique event.

“Also, I think each sport is different in terms of what they can realistically and consistently implement. One of the first steps is to promote concussion education and awareness among coaches, players, athletes, and referees, making sure people are aware of what concussion is and when they need to take someone out of the game and the potential consequences of not removing an athlete from play.”