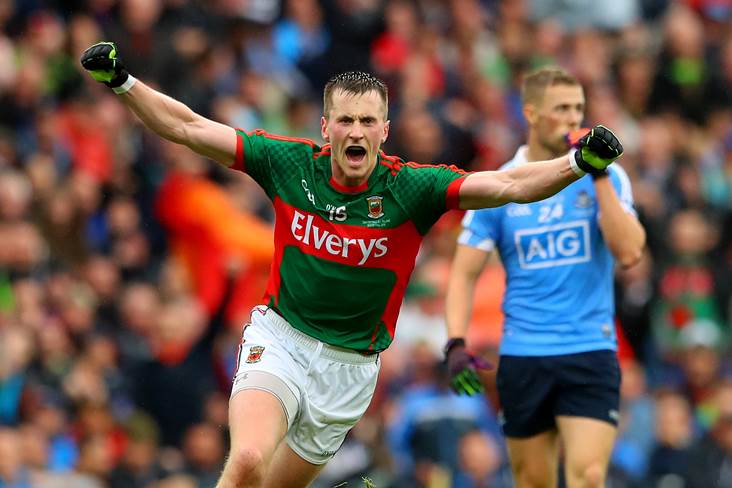 A landmark building in Chicago has been lit up with the words 'Mayo for Sam' ahead of this weekend’s All-Ireland SFC final.

Mayo meet defending champions Dublin for the third time in five years on football’s biggest stage and union leaders in Chicago have decided to show their support ahead of Saturday's clash at Croke Park (throw-in 5.30pm).

The catchphrase 'Mayo for Sam’ is now displayed on the Prudential Building by the city’s Federation of Labor.

Speaking to RTE, the Federation’s President, Bob Reiter said that strong links between America's third largest city and the west of Ireland led to them illuminating the 41-storey building in support of the Connacht champions.

With 'Mayo man' Joe Biden, whose great-great-great-grandfather Edward Blewit emigrated from Ballina to the US almost two centuries ago, having been confirmed as president-elect by the Electoral College yesterday, could this be another omen for James Horan’s men ahead of Saturday?

In honor of the fine gentlemen from the County Mayo playing in the All Ireland Game this weekend, we offer this token of appreciation from Chicago’s Unions and the Windy City. #MayoForSam @MayoGAA pic.twitter.com/w33ROZehBe