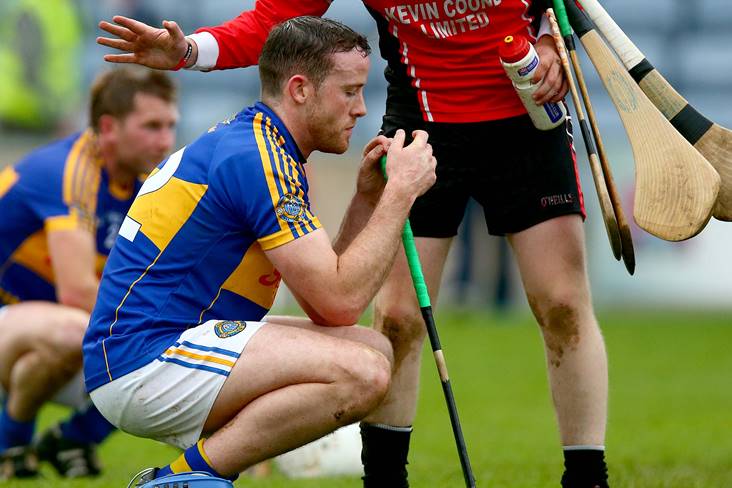 Laois hurler Willie Hyland has slammed the lack of clarity around when the county finals that were postponed back in October would be rescheduled.

The GAA made the decision to immediately suspend all club fixtures until further notice, citing 'post-match celebrations and a lack of social distancing at certain events' as the reasoning.

It had a major impact on a number of counties with seven senior championship finals across football and hurling left unplayed.

Underage inter-county matches were also suspended after it was confirmed they could not be played during Level 5 Covid-19 restrictions before being given the green light to return under Level 3 last week.

But Hyland and his Clough-Ballacolla teammates still remain in the dark about their Laois SHC final against Borris-Kilcotton.

The former Laois star took to Twitter to vent his frustration yesterday and wrote: "Club players once again left to one side.

"What about the club finals that were five days away from being played still no word from the GAA only rumours of potential dates eg late January and even June.

"Conveniently when Dublin was in lockdown during the summer "senior club games" went ahead.

"Clubs have to deal with players potentially having surgeries, exams, Christmas plans, training costs.. Do you train / not train?"

He continued: "County boards say to clubs to look to Croke Park who in turn look to NPHET but scheduling games can be done with a bit of leadership as last week's U20 and minor fixtures proved."