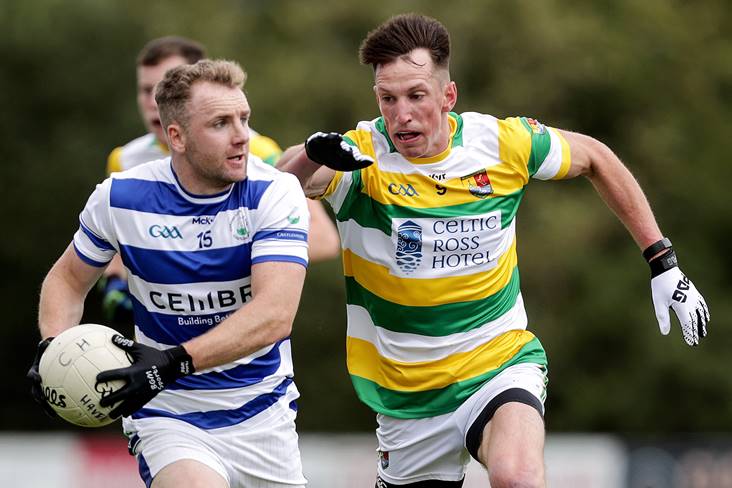 The Hurley brothers, Brian and Michael, combined to lead Castlehaven to a 0-14 to 0-9 victory in the Cork SFC against Carbery Rangers at Clonakilty today.

With the sides deadlocked on 0-7 each at the half way stage, the Cork senior panellists scored 0-10 between them as James McCarthy's team delivered a strong second half performance to triumph in their Group B opener.

Carbery Rangers were left to rue the absence of their county man John O'Rourke as they had no answer to the scoring prowess of the Hurley brothers. A view of the impressive facilities at Clonakilty GAA. ©INPHO/Laszlo Geczo.

Yesterday, in Bandon, Dara O Se's 0-8 tally secured a 1-12 to 0-8 for Clonakilty versus Carrigaline, Douglas defeated Bishopstown by 1-14 to 1-9 at Pairc Ui Rinn and Newcestown delivered an impressive 3-17 to 1-7 win over Ilen Rovers in Dunmanway.