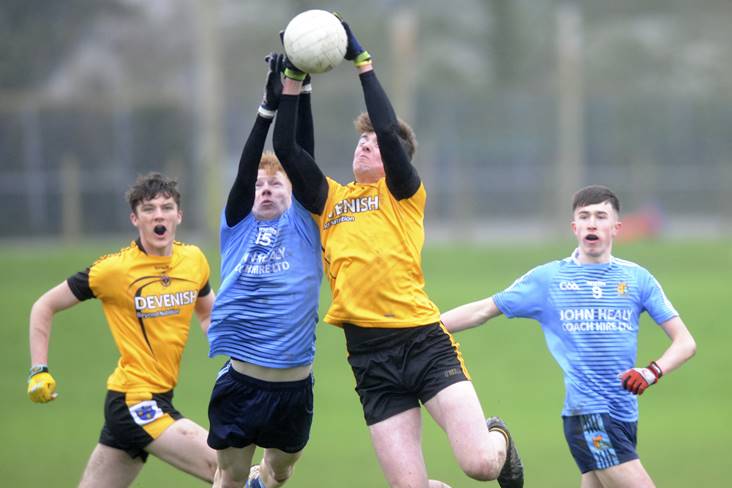 St Joseph's, Rochfortbridge's will look to Brandon Kelly (15) to guide their attack.

There is optimism surrounding a return for Schools' GAA competitions this year after the rescheduling of the Leinster PPS SF ‘A’ championship final between holders Naas CBS and St Joseph's, Rochfortbridge.

The provincial decider is set to take place in O'Connor Park on Friday, 24 July with a 4pm throw-in time, having originally been fixed for the Tullamore venue on 14 March before the Covid-19 crisis called a halt to GAA fixtures.

Kildare kingpins Naas CBS are aiming to make history by winning a three-in-a-row of Brother Bosco Cups but will face a tough test against first-time finalists St Joseph's, Rochfortbridge from Westmeath.

However, it's still uncertain if Ulster's equivalent, the MacRory Cup final, which was due to be contested by St Colman's, Newry and St Patrick's, Maghera on St Patrick's Day, will be rescheduled.