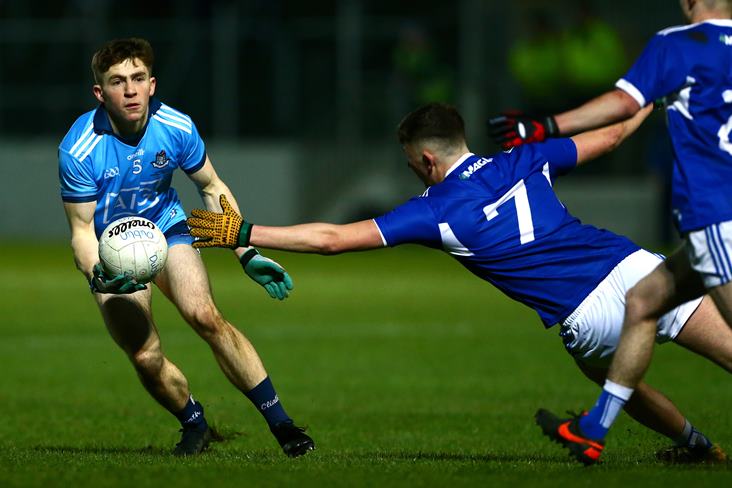 Dublin made it back-to-back Leinster U20 championships tonight after seeing off Laois with ten points to spare at Netwatch Cullen Park.

Tom Gray’s men controlled this provincial decider from start to finish, building up a six-point lead at half-time (0-11 to 0-5) before adding seven more through the likes of Ciaran Archer, who finished with 0-7, and Kieran McKeon to retain their title.

Archer struck five first-half points to help pave the path to victory for the impressive capital lads in this one after Laois had opened up a 0-3 to nothing lead four minutes in via the accurate free-taking of Matthew Byron and Ronan Coffey.

Lee Gannon (2) and Archer had the gap closed by the 10th minute prior to another Byron free being outweighed by singles from Archer (45) and Mark Lavin (free) at the other end.

From there the Dubs never looked back as Sean Foran, Archer and Loran O’Dell quickly made it a double scores game and three more placed balls from the deadly Archer, including a 45, left the margin at a half a dozen when the sides went in. McKeon and Rory Dwyer kept the foot on the gas for Gray’s charges after the break, leaving the O’Moore men with a mountain to climb as Jack Owens saw his point cancelled out by sub Conor Kinsella to leave it at 0-14 to 0-7 with 12 minutes remaining.

The trailers would get a lifeline with five minutes left in regulation when they were awarded a penalty but Mark Barry failed to convert, affording their opponents the luxury of seeing this one out in comfort.

McKeon’s fourth of the night and a gem from Archer in the late minutes saw the Dubs widen the margin to double figures and record their 16th provincial triumph in this grade (formerly U21).

Wexford underage football final postponed because no goalposts were available