Connacht SFL: Galway prevail on penalties; Leitrim no match for the Rossies 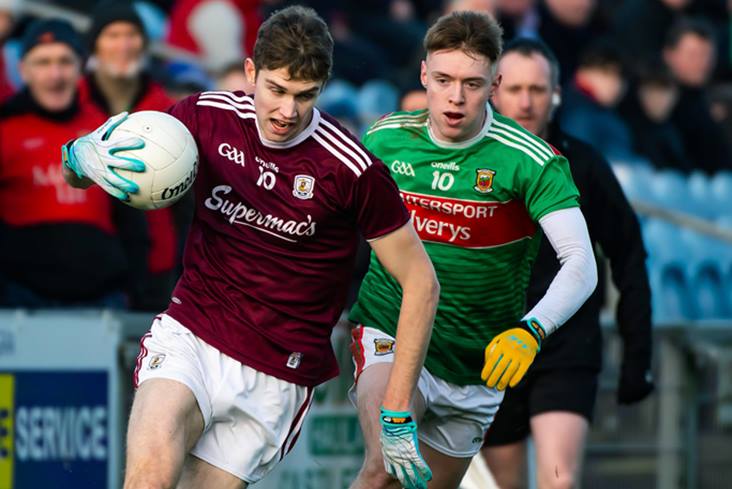 Padraic Joyce’s tenure as Galway senior football manager got off to an eventful start in Castlebar today.

The Tribesmen secured a place in this year’s Connacht SFL decider thanks to a 3-2 penalty shoot-out win over arch rivals Mayo.

Penalties was required to separate the two teams after they had finished tied on 1-17 apiece in normal time.

The win came at a cost, however, as Joyce is sweating over the fitness of Johnny Heaney and Fiontain O Curraoin after both players were forced to leave the action due to injury.

From a Mayo point of view, a 24th minute point by the fit-again Tom Parsons generated one of the biggest cheers of the day.

A Kevin McLoughlin goal put them in the driving seat entering the home straight but, boosted by Adrian Varley’s injury-time goal, the visitors staged a late comeback which culminated in a Liam Costello equalising point in the 15th minute of added-on time.

The team in maroon and white will now meet Roscommon in the decider next weekend.

Anthony Cunningham’s side coasted to a 7-16 to 0-7 semi-final victory over the Leitrim at Pairc Sean MacDiarmada.