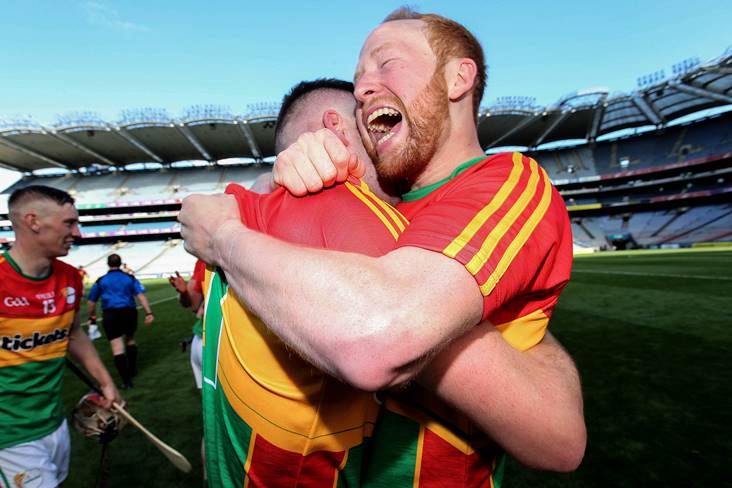 Carlow hurler Paul Coady has questioned the GAA's stance on player welfare as his county gets their 2020 season underway in the Walsh Cup against Westmeath today.

The outspoken Mount Leinster Rangers clubman, who previously claimed the GAA wasn't doing enough to help developing hurling counties like Carlow and was also critical of last year's Wild Geese match in Australia between Galway and Kilkenny, thinks it's wrong that players should be thrust back into action so soon after a long season with their club and county teams.

When it was put to him on Twitter that counties field experimental teams in pre-season competitions such as the Walsh Cup, Coady pointed out that Carlow don't have "C teams or even B teams so it's the same players that have tog".

He added: "Easy for Dubs etc throw out a team of lads bursting to make an impression to get into squad. The crowds are so poor no one is making money from these matches!"

Few things hard explain in this life but playing 2020 Walsh/O’Byrne cup games on the 7/8th of December 2019 is a fuckin mystery to me 🙄. Pointless and makes county teams go back training earlier. Little to no down time from the GAA for players now, not good for bodies or minds!