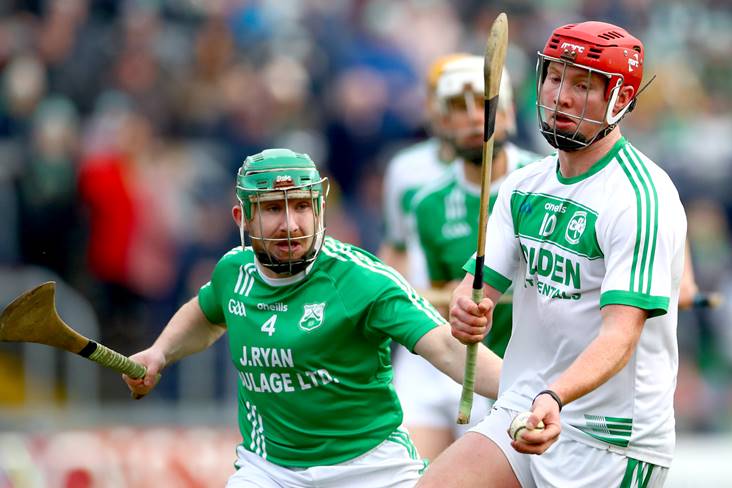 Colin Fennelly scored the only goal early in the second half as Ballyhale Shamrocks retained their Leinster club SHC crown with a comfortable victory over St Mullins in Portlaoise.

St Mullins had taken Cuala's scalp earlier in the campaign, but this was a bridge too far for the Carlow underdogs as Ballyhale secured a 10th provincial title and took a giant step towards winning back-to-back All-Irelands. Henry Shefflin's men will be back in action on the weekend of January 4-5 when they will face Ulster champions Slaughtneil for a place in the Tommy Moore Cup decider.

Ballyhale finished the game with 14 men after their captain and new Offaly manager Michael Fennelly was dismissed in injury-time, but as it was his second yellow card he won't have to serve a suspension.

St Mullins, for whom Marty Kavanagh posted 0-12, gave as good as they got in the first half and only trailed by 0-7 to 0-11 at the break. Early scores from Kavanagh and Jason O'Neill, from a sideline, helped them to a two-point lead after 12 minutes before Ballyhale suddenly burst into life with five unanswered points from TJ Reid, Eoin Reid and Brian Cody.

James Mullins, who was the hero of St Mullins' dramatic semi-final win over Rathdowney-Erill, missed goal chances either side of half-time as the Carlow champions continued to put it up to their illustrious Kilkenny counterparts. The second miss, which struck the upright before going wide, was punished moments later when TJ Reid's teed up Colin Fennelly for the game's only green flag.

Cody and Reid (free) followed up with points as the holders surged into a nine-point lead. The result was never in doubt after as Reid finished the game with 0-9 (0-8 from frees) to his credit.