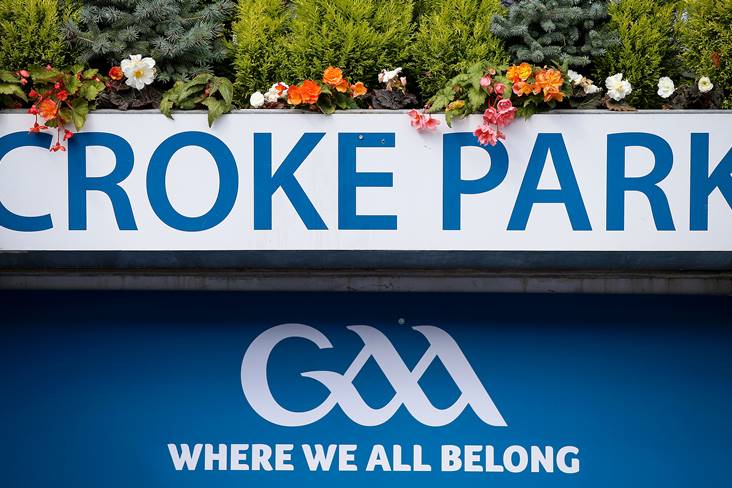 Relatives of the victims will join GAA President John Horan to unveil each of the headstones.

Tomorrow morning at 10am, the GAA will mark the 99th anniversary of the Bloody Sunday attack on Croke Park by unveiling headstones for three victims who, until now, have been in unmarked graves.

In total, eight of the 14 people killed by Crown Forces at Croke Park on Bloody Sunday, November 21, 1920 were in unmarked graves.

Since 2015 there has been a Bloody Sunday Graves Project in place to address this and work with the surviving relatives of these victims in order to try and ensure that their final resting place is appropriately acknowledged.

Jane Boyle (26), Daniel Carroll (30), James Matthews (38) and John William Scott (14) have all had markers erected on their graves as a result of the project.

Three victims who have previously been in unmarked graves in Glasnevin cemetery will be honoured this Thursday morning at 10am when headstones are unveiled for Jerome O’Leary (10), Patrick O’Dowd (57) and Michael Feery (40).

Relatives of the victims will be present and will join GAA President John Horan to unveil each of the headstones.

From Blessington St in Dublin, was shot and killed as he sat on a wall behind the Canal goal. The 10-year-old schoolboy was the youngest victim and the second person to be killed that afternoon.

A labourer from Buckingham St. in Dublin, he was shot and died as he helped people over the wall at the back of the current Cusack Stand into the Belvedere College grounds. He was identified by his wife Julia in hospital and worked for Clarke’s builders, Fairview.

A former British army soldier, he lived in Gardiner Place and served during WW1. He was found bleeding badly from a thigh wound on the canal bridge and died in a house on Russell St. He lay in the morgue unclaimed for five days, wearing his old army fatigues and was eventually buried in a common grave in Glasnevin.

The Bloody Sunday Graves Project is indebted to the assistance of Sunday Times journalist and author Michael Foley. His award-winning 2014 book, The Bloodied Field, has brought the story of that fateful day to a new generation.

Over the next 12 months, the intention is to liaise with the relatives of the other victims to assess if their graves are in need of assistance and repair and make that support available, if required.

A programme of commemorative GAA events to mark the centenary of Bloody Sunday at Croke Park is currently being finalised.