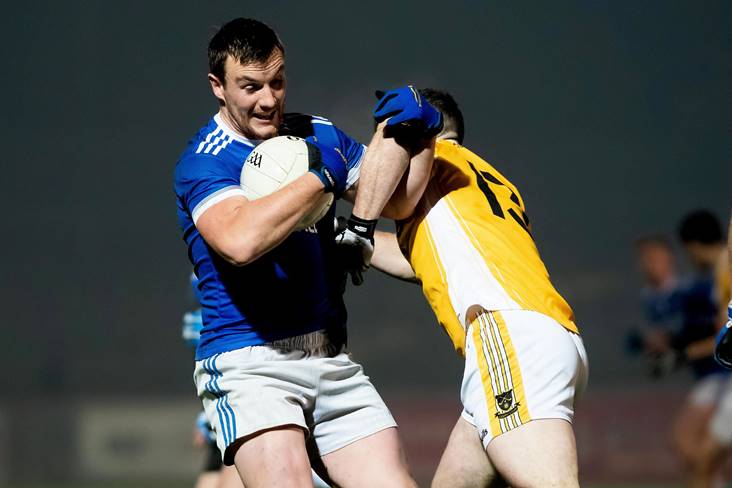 Naomh Conaill qualified for their first Ulster club SFC final since 2010 after overcoming Clontibret by three points in a dour affair at Omagh tonight.

The Glenties are just 60 minutes away from winning back-to-back Seamus McFerran Cups for Donegal. Martin Regan's side will look to emulate the feats of their defeated county final opponents Gaoth Dobhair on Sunday, 1 December when they face either Derrygonnelly or Kilcoo.

Clontibret manager John McEntee successfully plotted the downfall of his own club Crossmaglen two weeks ago and key to that victory was Conor McManus but the Monaghan marksman and his fellow O'Neill's forwards were not afforded the same space on this occasion.

With Eoghan McGettigan (three), Brendan McDyer, Kevin McGettigan and Leo McLoone all on target, Naomh Conaill raced into a 0-6 to 0-1 lead after 16 minutes before McManus' second point from a free ended a 20-minute Clontibret spell without troubling the Healy Park scoreboard operator.

A second McManus free left a goal between the sides and man-of-the-match McGettigan finished out the scoring for the first half, 0-7 to 0-3.

The game's only goal chance fell to wing forward McDyer in the first minute when his effort skimmed past the far post and went wide. Naomh Conaill were first off the mark on the restart through Ciaran Thompson and the Blues captain doubled his tally from far out minutes later to push his side into a 0-9 to 0-6 lead as McManus (two frees) and Francis Hughes kept Clontibret in touch.

Eoghan McGettigan (from play) and Dessie Mone traded scores, that man again McGettigan registered his first pointed free of the second half to restore Naomh Conaill's four-point advantage. A Thompson free stretched that to five with six minutes of normal time remaining.

Clontibret kicked the last two scores of the contest, McManus from a free and substitute Darragh Hughes, but couldn't conjure up the equalising goal they needed.

GAA on TV: a blast from the not so distant past