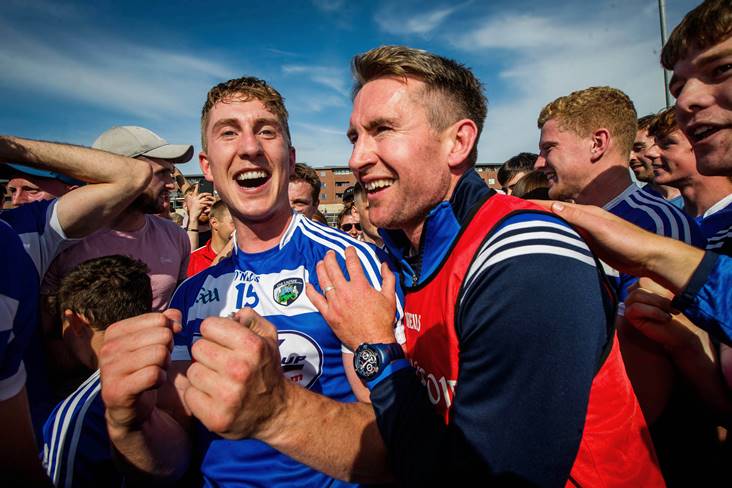 Laois manager Eddie Brennan has criticised the GAA and the GPA for doing away with the Joe McDonagh 'Champion 15'.

While the standout performers from the other four hurling tiers were honoured at last Friday's PwC All-Stars banquet in Dublin, there was no recognition for the stars of the Joe McDonagh Cup. Instead, players competing in the second tier championship were considered in the PwC All-Stars for the Liam MacCarthy.

Laois, who won the Joe McDonagh Cup before going on to shock Dublin in the All-Ireland SHC preliminary quarter-final, had Jack Kelly and Enda Rowland nominated for All-Stars, while Paddy Purcell was named Joe McDonagh Cup Player of the Year. However, Brennan has likened the treatment of Purcell to that of “a young lad who doesn’t get a medal at a tournament”.

“Had Dublin beaten us, there was no McDonagh Champion 15 and no one from the Joe McDonagh would have got nominated [for an All-Star]," the Kilkenny legend said in an interview with the Irish Daily Mirror.

“If they’re trying to say that the scrapping of the McDonagh 'Champion 15' was covered by virtue of the fact that two McDonagh players got nominated for All-Stars, that that in itself is an acknowledgement and it’s parity of esteem, I don’t agree with that.

“If that’s the case why didn’t Killian Doyle (Westmeath) get a nomination for an All-Star? Why didn’t Neil McManus (Antrim) get one? Why didn’t Shane Conway (Kerry) get one? It’s not satisfactory and it’s not good enough."