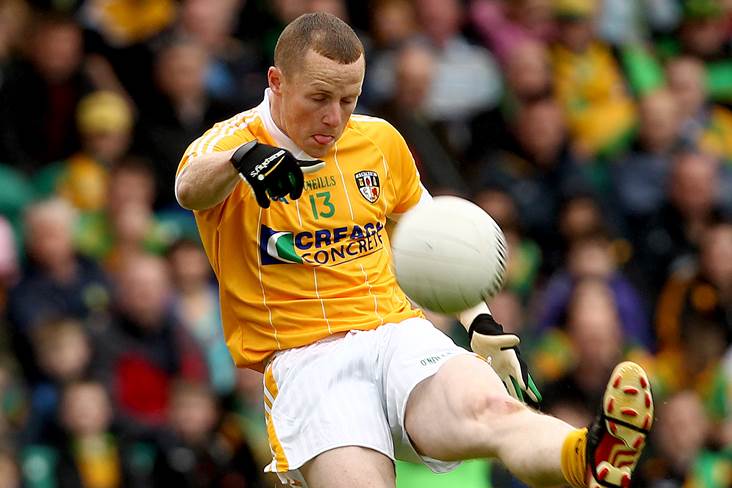 Paddy Cunningham says Tomas McCann's recent return to the Antrim football fold was a factor in his decision to also end his inter-county exile.

The 34-year-old sharpshooter, who captained the Saffons to an Ulster SFC final appearance against Tyrone a decade ago, has accepted an invitation from manager Lenny Harbinson to return to the county squad after starring for Lamh Dhearg in their run to this year's county SFC final.

Cunningham's return is all the more noteworthy given his personal struggle with the debilitating Crohn's disease.

"I'm really looking forward to the challenge of representing Antrim again. There is a lot of work to be done but I am up for it," he told the Belfast Telegraph.

"I asked Lenny for a little time to think about his request and indeed to assess my own performances over the course of the championship. The very fact that he asked me provided me with food for thought. That as much as anything else influenced my decision to say yes, I would give it a go.

"I have also been encouraged by the fact that Tomas McCann, who is three years younger than me, is also back on board. Obviously we would want to make an impact on the pitch, but if we can help Lenny in encouraging the lads who are already there in terms of leadership and focussing on the future, then I think it can only be good for everyone involved."