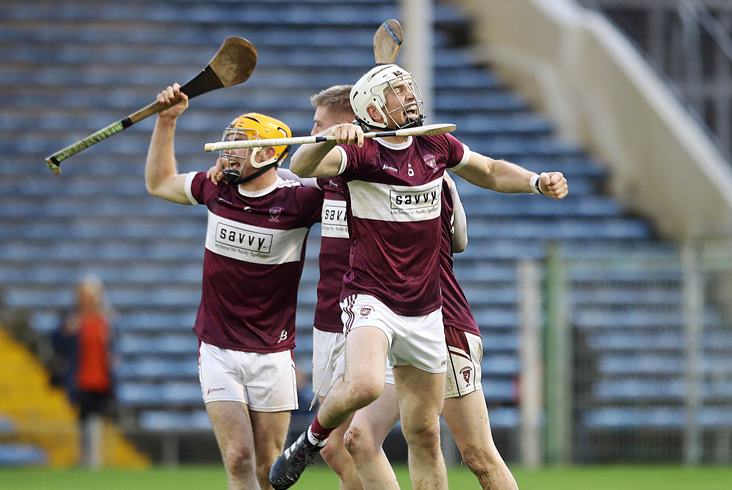 Borris-Ileigh ended their 33-year wait for the Tipperary senior hurling championship title this afternoon by edging out Kiladangan in Thurles.

A 1-4 tally from teenager James Devaney along with two saves from goalkeeper James McCormack in either half proved crucial for the new Premier County champions.

McCormack had been called into action just 12 seconds into this decider, pulling off a splendid save on Tipp U20 star Billy Seymour that was deflected on to the post and cleared to safety.

Borris-Ileigh got motoring shortly afterwards and led by 0-8 to 0-6 when Devaney buried in the game’s first goal on 28 minutes to send them towards a 1-9 to 1-7 interval lead.

The man they call ‘JD’ would hit the first point of the restart as well but Kiladangan, playing in their first SHC final, responded in the best possible fashion when Dan O’Meara shot to the net a minute later.

A Brendan Maher free pushed the margin out to four and Niall Kenny’s point would have it out to five again come the 40th minute.

Kiladangan had to dig deep to close the gap again but their big chance fell by the wayside in the 48th minute when Barry Hogan’s penalty was saved by the flawless McCormack.

From there, Borris-Ileigh saw out victory with points from Jerry Kelly and Brendan Maher in the late minutes, securing their club’s long-awaited senior championship success.