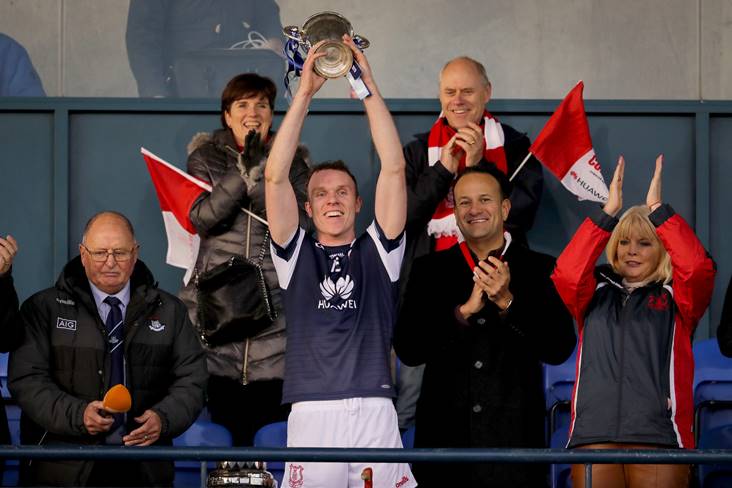 Con O'Callaghan was injured in the process of scoring an early goal as Cuala regained the Dublin SHC title with a four-point victory over St Brigid's at Parnell Park.

The dual star was forced off after colliding with St Brigid's goalkeeper Alan Nolan, but Cuala still had enough to claim a fourth title in five years. With An Taoiseach Leo Varadkar cheering them on, St Brigid's were eager to get their hands on a first county hurling title, but it wasn't to be and they finished the game with 14 players after Kevin Callaghan was sent off following an off-the-ball incident involving substitute John Sheanon seven minutes from the end. O'Callaghan had the ball in the net after three minutes, but was forced to retire four minutes later, despite the best efforts of the Cuala medical team. The 2017 and '18 All-Ireland champions were never headed thereafter, but Brigid's went into the break on level terms, 0-7 to 1-4, thanks to three points at the end of the half from Luke Purtill, Keith Mullally and Paul Winters (free).

With David Treacy unerring from frees, the Dalkey outfit dominated the third quarter to open up a 1-13 to 0-10 lead. Mullally then revived the Blanchardstown side's challenge with a goal after Sean Brennan had saved Cian O'Sullivan's initial shot and they reduced the deficit to the minimum before three late points from Sean Moran and Treacy (two frees) settled it.