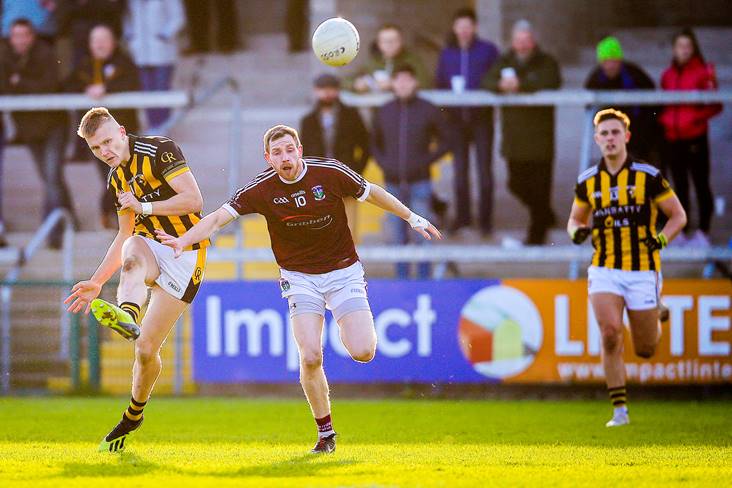 Holders Crossmaglen turned on the style in the second half to overwhelm Ballymacnab and claim a 45th Armagh SFC title at the Athletic Grounds.

Trailing by 0-6 to 1-6 at the interval, the black and ambers scored an unanswered 1-9 after the restart to crush Ballymacnab's hopes of a first Gerry Fagan Cup. The victory gave former county star Aaron Kernan his 16th SFC medal and paves the way for an Ulster club SFC quarter-final against Clontibret, who are managed by former Cross' player and manager John McEntee. An upset looked to be on the cards when Gavin McParland's goal helped Ballymacnab to a three-point advantage at half-time. But with Oisin O'Neill driving them on, Cross' were a different team after the restart. They racked up 1-9 without reply between the 39th and 56th minutes - the scoring blitz culminating in a Colin O'Connor goal.

Fittingly, O'Neill added a second in stoppage-time to complete a remarkable second half transformation.