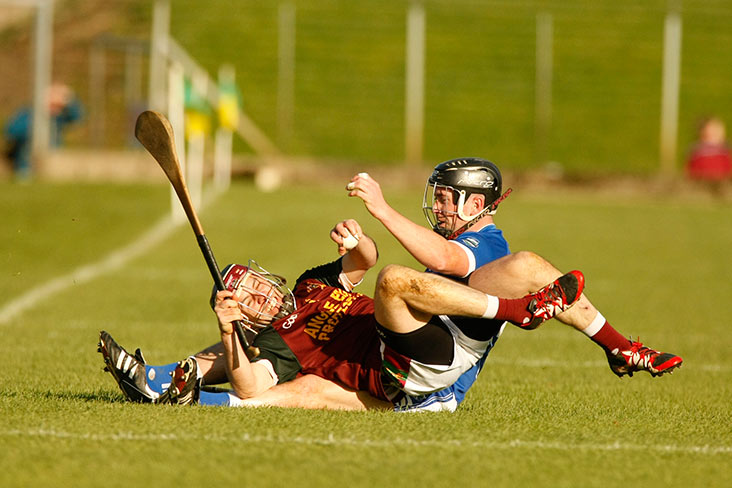 KILTALE’S quest for a record equalling six-in-a-row of Meath SHC titles was blown out of the water in emphatic fashion in this thrilling final replay at Pairc Tailteann on Sunday.

Few could have predicted a nine point win for Kildalkey after they let a match-winning lead slip in the closing stages of the drawn match. However the winners were full value for that wide margin of victory as they brought an intensity and hunger to the game which the champions were unable to match.

Kildalkey set out their stall from the opening whistle even though the game was 10 minutes old before Sean Heavey opened their account with a point.

They never allowed Kiltale settle on the ball and their tackling and harrying was ferocious at times. The game was played at a much greater pace than the drawn one with Kiltale opening up a two point lead at one stage before Kildalkey produced a strong finish to the half to lead 0-10 to 0-8 at the break.

Although Kiltale were still within two points midway through the third quarter Kildalkey upped the stakes considerable in the second half as they produced a near perfect display to end convincing winners.

So dominant were Kildalkey that Kiltale only managed three second half points and two of those came from Jack Regan frees.

Regan who hit 1-6 in the drawn match had a quiet outing by his high standards with all three points coming from frees as Brendan McKeon, a late inclusion to the Kildalkey starting line up, kept a tight rein on the Kiltale talisman.

A feature of the Kildalkey play was their excellent score-taking, particularly from full forward Paddy Conneely who was named man-of-the-match.

Conneely end with eight points including three great efforts from play in the opening half. Midfielder Padraig Geoghegan also struck two superb long range efforts towards the end of the half which proved to be a tremendous morale-booster for the challenger.

Mark O’Sullivan was the only forward to enjoy any sort of success in the Kiltale attack with three of his four points arriving in the opening half.

It was Geoghegan’s second point, and another from Luke Rickard that separated the sides at half-time.

Points from Brin Kelly and Sean Heavey had Kildalkey four clear by the 35th minute before Kiltale responded with scores from Regan and O’Sullivan.

Kiltale could have been closer but they shot a number of uncharacteristic wides in the third quarter. Regan’s second point of the half edged them closer on 49 minutes but they failed to add to their tally after that.

A brilliantly-taken goal from midfielder Patrick Potterton on 54 minutes helped settle Kildalkey and hand them a six point cushion.

Kiltale went close to finding the net themselves but the inrushing Adam Murphy just failed to connect with Padraig Kelly’s pass across the front of the goals and the ball trickled wide.

There was no deny Kildalkey however and they finished the match in style with points from Conneely (free), Nicky Potterton and Brendan McKeon to end convincing winners.